C.J. Peterson: One of the Top 25 Christian Fiction Writers You Need To Be Reading 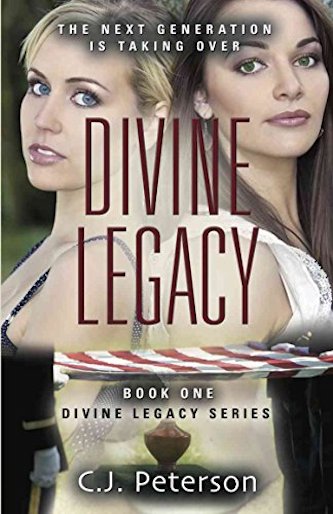 Her books have been described as encouraging, frustrating, and a wonderful read all at the same time.

I was raised in a Christian military home, but it was far from tranquil. Like many young people, I left home as soon as possible, and went my own way, thinking I knew better. To me anything was better than where I was. Unfortunately, some of the choices I made led me away from the Lord, and sometimes that path was a dangerous one.

God is faithful, even when His children are lost and wandering. When I needed Him most, the Lord was there for me. He led me out of that danger and into a new life…a life where I am loved and appreciated. He taught me what ‘real love’ is, and what it’s supposed to look like through my family and wonderful husband.

Who knew that “Prince Charming” actually existed? I hoped and prayed he was out there, and I found him! He is a 24 year Navy veteran and the love of my life! With his encouragement, I rediscovered the creativity I thought I had lost a long time ago, and have begun to publish the books I have written through the years. The words in these books helped me through my struggles, and my prayer is they will help others.

The way in which I write my Christian Books, is unique to say the least. I am a realistic Christian. People are people, they stumble, they fall, they trip, but God continues to dust us off, and set us back on the path again, if we just learn to trust in Him.

The challenges faced in my past give me a perspective on the realities of living the Christian life that some people may never see. There are times we wander away from God…there are times when we draw closer to Him.

In our arrogance we think we can make it on our own. However, the One who made this world, and who made you, has the answers, and thankfully, He forgives our impudence and petulance and loves us through it all. God is a God of love, mercy, grace, and guidance. He loves us and only wants the best for us.

Those who have read my books, describe them as encouraging, frustrating, and a wonderful read all at the same time. The same character that could have you crying one minute, will have you cheering the next! One of my editors, stated that ‘she was so into the story, that she forgot to edit, and had to go back to do the editing’.

I pray you will enjoy my books as well!

While the stories are fiction, the journey is real.

As two of the children of Nico and Kit Sullivan, along with Mark and Casey English’s, make up the new members of the A.N.G.E.L.s, their job is to gather their remaining teammates.

In the process of acquiring the two members listed in the United States, they run across a situation that isn’t on their agenda.

Amber Jones was in need of miraculous intervention, and God answered her call with the next generation of A.N.G.E.L.s. The A.N.G.E.L.s find some unique help along the way, and learn valuable lessons that will change how they function and see the world from that point forward.

Read along as the next generation picks up the torch, claiming their Divine Legacy. 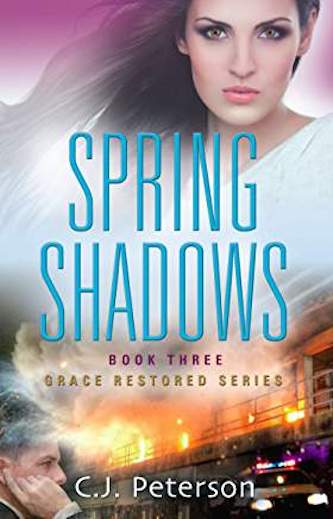 Spring Shadows, the third book in the Grace Restored Series, follows the life of Katie MacKenna. With the Rossi Family dismantled, the only thing left for Katie to do is to graduate and hopefully move on to the police force before going to Quantico and a career in the FBI.

But, had she tied up all her lose ends? A new boss is in town – one who has a score to settle with Katie. With threats against her on all sides, Katie doesn’t know who to trust.

The Call to Duty

Courageous. Brave. Fearless. Valiant. These synonyms are often used to describe firefighters/paramedics, police officers, and military personnel. They face danger and lay their lives on the line when they leave for work.

Casey Carter is a ‘newbie’ to the firefighting family of Engine Company 15. Not only does she have to prove herself as a probationary firefighter, but she also has to battle misconceptions of females within her newly chosen profession.

As situations begin to arise, can she count on the firefighter brotherhood to have her back? Will she be able to pass the tests placed before her, or are there aspects that she was not even aware existed?

Often in life there are two realms in play. There is the physical realm – what is right before you; the other is the spiritual realm – what is unseen. Each can directly affect you, whether you believe they exist or not. 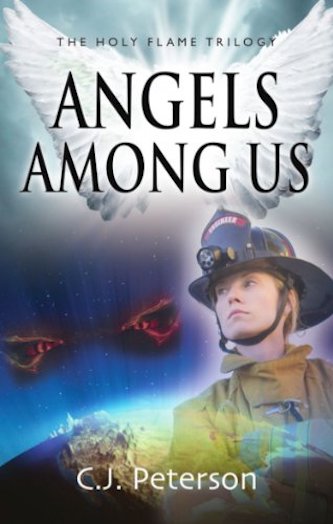 This is the third book in The Holy Flame Trilogy, which follows the life-changing events that surround Casey Carter (a firefighter/paramedic from Engine Company Fifteen of Denver, Colorado) and an elite, special operations unit called A.N.G.E.L. (Available to Nurture God’s Eternal Love).

With help from a unique band of characters in the Outback, Casey Carter was able to work through her past. However, would it prepare her for what was to come?

The battle is forming. Both sides are amassing their troops as allies align, but will there be enough remaining Angels for them to win? Without knowing the day nor the hour, will they be prepared?

What kind of battle would this be if the Angels of flesh and blood were battling against the unseen powers of darkness? This may be the deciding factor in Casey’s struggle for freedom, but will the remaining Angels survive or will it be their final battle?