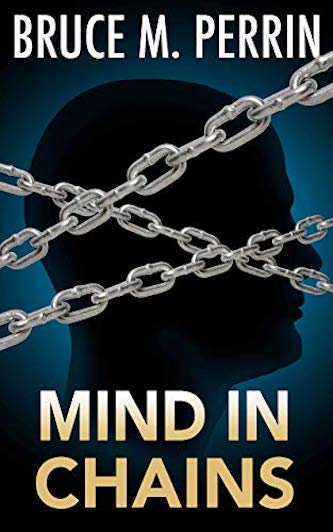 His writing examines the intersection of technology and the human mind now and in the future.

Bruce Perrin has been writing for more than twenty-five years, although you will find most of that work only in professional technical journals or conference proceedings.

After receiving a Ph.D. in Industrial/Organizational Psychology and completing a career in psychological research and development at a major aerospace company, he’s now applying his background to writing novels.

Not surprisingly, most of his work falls in the techno-thriller, mystery, and hard science fiction genres, examining the intersection of technology and the human mind now and in the future.

Besides writing, Bruce likes to tinker with home automation and is an avid hiker, logging nearly 2,500 miles a year in the first six years of Fitbit ownership.

When he is not on the trails, he lives with his wife in St. Louis, Missouri.

For a closer look at his writing life, book reviews, and progress on his upcoming works, please join him at www.brucemperrin.blogspot.com.

It was spring in the Midwest and the perfect storm was brewing.

A scientist of considerable renown, Dr. James Conroy, Jr., was leading a grassroots movement to improve access to medical treatment in the United States. At the same time, a group known as the Crusaders for Common Sense was rallying around the cry, “Stop Playing God with Medicine.” Claiming that medical science merely maintained the body while the soul rotted from within, they stood opposed to Conroy–violently opposed.

Like most residents of St. Louis, Missouri, Sam “Doc” Price and Nicole Veles watched in horror as the violence escalated. But after a noted medical researcher was attacked at Nicole’s apartment, she and Doc were plunged into a world of domestic terrorism.

Doc found an unlikely ally in FBI Special Agent Rebecca Marte. Together, they tried to make sense of the Crusaders’ actions that defied all logic. The terrorists showed no fear of identification–or even death. In the end, Doc risked everything he loved in a final, deadly gambit with the Crusaders, only to find that the cost of his ploy may be more than he can pay. 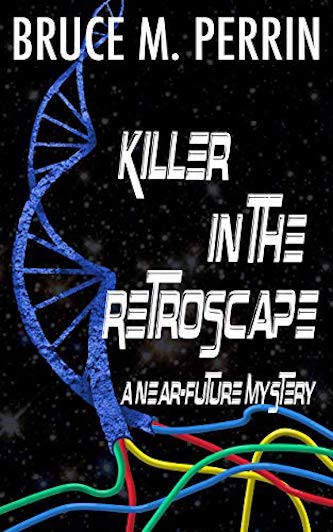 In 2068 St. Louis, Missouri, Dr. Douglas (Doug) Michaels finds his lifelong friend, Josh Unger, dead in his home. When law enforcement concludes his death was a suicide, Doug and his wife, Ali, are dumbstruck; they wonder what could explain such a needlessly violent and lonely death in a future where such actions are unimaginable. Trying to unearth a killer, be it either flesh and blood or the cumulative stress of life, Doug creates a mental landscape of Josh’s past, a retroscape, starting in the mid-2030s.

Among its landmarks are:
•An illness, sensationalized in the media as the “zombie pandemic” that drives a wedge between husband and wife, parents, and children.
•Cryptic communications between Josh and an “after-life specialist” who peddles immortality services.
•A mysterious phrase uttered at the assassination of a government official that ties it to Josh’s death 14 years later.
•Josh’s machine-intelligence wife, Julia, who may hold the secret to his death…if she can only remember.

In the end, determining guilt in a retroscape littered with suspects tells Doug more about humanity, technology, and himself than he ever would have imagined. 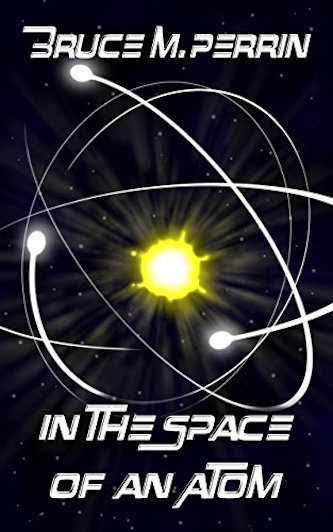 In the Space of an Atom:

There’s nothing like someone trying to kill you to give your life direction.

Yes, I had been in a funk, drifting from job to job, but that all changed when Jones came at me with a gun. And when he, the research lab where I had worked, and the chief scientist all disappeared, I was left with nothing but a piece of mind-blowing technology and a story so bizarre that the police were more concerned about my mental health than the attempted murder.

I needed help to understand what I’d gotten myself into. Enter young, beautiful Dr. Diane Stapleton. And when I accidentally involved her in this deadly nightmare, I knew only one thing for sure. I couldn’t let her die.

As a finalist in both the 2017 Wishing Shelf Book Awards and 2018 EPIC eBook Awards, In the Space of an Atom has fast, light suspense with a bit of science and a touch of romance that you won’t put down until the final page. 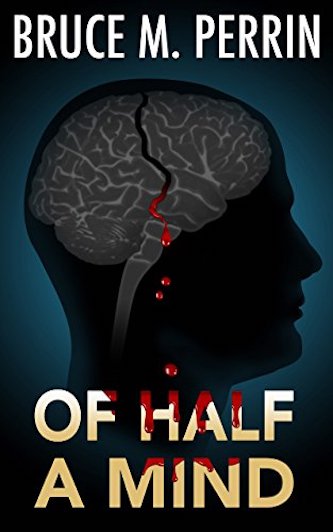 Of Half A Mind

When you talk to yourself, there’s only one voice. When you picture something, there’s but a single mind’s eye. Recently graduated psychologist, Dr. Sam “Doc” Price and his inexperienced team had always held those principles to be true…at least, under normal circumstances.

But as they studied the work of Dr. Ned Worthington, a brilliant but troubled neuroscientist, they began to wonder if he had created an electronic world that was anything but normal. He claimed it could rewire the brain, repurpose sections of it for new uses. And the man who had used it was capable of remarkable feats.

Was he watching? Was he coming for them? And when Doc and his team finally secured the evidence they sought, only one question remained. Now that they knew, could they survive the truth?