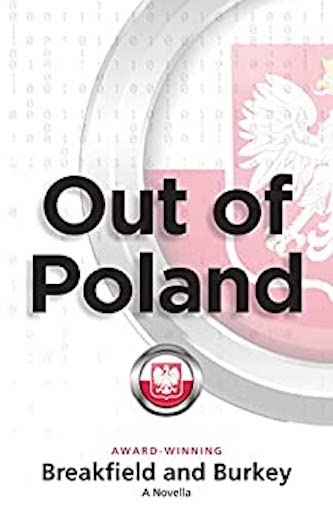 Explore the literary minds of Charles Breakfield and Rox Burkey on an archived edition of the Meet The Author Podcast at Indie Book Source, hosted by Rob and Joan Carter.

He finds it intriguing to leverage his professional skills in writing the contemporary award-winning stories of the Enigma Series and the short stories he creates with his co-author.

Never one to sit still, he uses his spare time to explore books on World War II history, travel with his family, and cultural exchanges everywhere.

Charles’ love of wine tastings, cooking creations on the grill like individual pizzas, and Harley riding are sometimes sprinkled throughout the Enigma Series.

Recently, Charles commented that being a part of his father’s military career stationed at various outposts has positively contributed to the many characters in the stories.

He enjoys exploring the various character perspectives and interactions pulling from real people. He accepted the challenge to try to teach Burkey humor which is also incorporated into many of the stories in an unexpected manner.

Burkey commented that If Charles is not creating a new story he paces like a caged tiger. So yes there is another story in the works.

Nothing makes her workday go better than for a customer to indicate she helped reach their business goals. She is adept at learning the drivers for customers and helping to measure their success as well as adjust their journey using CX principles.

Rox loves writing fiction as much if not more than her professional job. More than once she has been a featured speaker, workshop leader, subject matter expert, interviewer, podcaster, book reviewer through RoxBurkey.com.

Her favorite is writing the novels and short stories of the Enigma Series. She convinced her co-author Charles Breakfield that writing fiction is a lot more fun than white papers or documentation.

As a child, Rox jumped at the chance to lead the other kids with exciting new adventures built on make-believe characters. As a Girl Scout until high school, she contributed to the community and went on to support the local Head Start program.

Recently Rox indicated that her humor was lousy, and Charles was helping her.

Beneath the storm clouds of a deadly war, three men need to unlock the secrets to redeem the world.
The setting is Poland—1939. Germans are marching toward Warsaw, crushing everything in their path. The Polish people feel the crush of their defensives and their brave cavalry. Fighting against the Nazi military machine is a death wish realized all too clearly.

Death, destruction, pillage, and women brutalized at the hands of soldiers with no honor mark the invaders’ path. As much as the citizens of Poland pray for a different outcome, everything they have known, loved, and grown up with is gone.

Polish patriots die to aid the three in getting the information and then fleeing with the prize. The race is on as the Germans try to match wits with the clever patriots who risk detection at every turn.

Ambassador Ferdek Watcowski insists that his son Ferdek with Wolfgang and Tavius, flee with the families while there is still time to reach a border. Their goal—escape with Baby intact.

Hitler’s forces so outclass Poland’s military that survival is key to fighting another day.

Facing great peril and odds against their survival, the men resolve to make a difference so those who died helping them would not have sacrificed in vain.

They vow to undertake a lifetime of fighting tyranny. Successful survivors must look ahead. 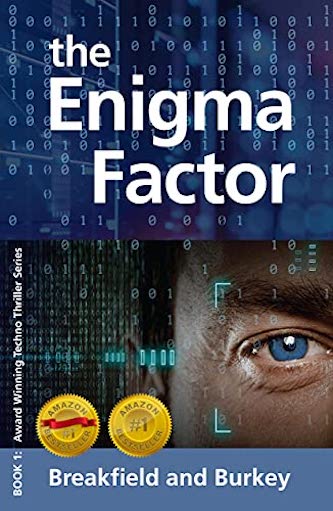 A brilliant programmer is targeted by cyber predators!

Jacob Michaels, computer network security-tester extraordinaire, tries to settle into a quiet life of work to polish his cyber security skills after the death of his mother. Jacob is unaware that his growing reputation makes him a person of interest.

Cyber-criminals are hunting for new recruits. They target this brilliant programmer to seduce him into joining their cause. More people are hunting him than just the Russian cyber kingpin. Jacob sets off to find those who are targeting him. He discovers he’s in the crosshairs of previously unknown global experts.

Of course, having his identity erased puts him front and center above anything else. Buzz, when looking for the easy way, makes a ghastly judgment error and inadvertently crosses the line to the darknet. He pleads to his best friend Jacob for help. Jacob, brilliant as he is, doesn’t have enough experience to help Buzz on his own.

Jacob battles against global cyber masterminds using his knowledge of programming, identity theft, and hacking. He is pulled up short when his security knowledge is dwarfed following his introduction to the distractingly beautiful encryptionist Petra.

Jacob’s challenge is how to keep ahead of the criminals and learn who to trust. In their debut TechnoThriller, The Enigma Factor, award-winning authors Breakfield and Burkey weave a complex tale of danger, intrigue, and international cyber combat. They use a relevant technology foundation, then layer on travel, romance, humor, and mystery.

Please click HERE to discover the TechnoThrillers of Breakfield and Burkey at Indie Book Source.