After proving his innocence as a murder suspect, taking down an assassin, and being an instrumental part in solving a high profile murder, Calvin Watters believes he can finally move on—until Ace Sanders’ prison escape catapults him into action.

Something has always bothered Detective Dale Dayton about the arrest of Ace Sanders. Call it police intuition, but his inner ‘cop alarm’ keeps twitching. When Dale reopens the case, he’s introduced to new evidence that leads him into a political nightmare.

Who will play the Wild Card to survive?

While Calvin tracks Sanders across continents and into unknown, unfriendly surroundings, Dale remains in Vegas to uncover the truth behind police corruption, prison escapes, and hired assassins. But Calvin and Dale must be vigilant, because there’s a deadly, new player in town. 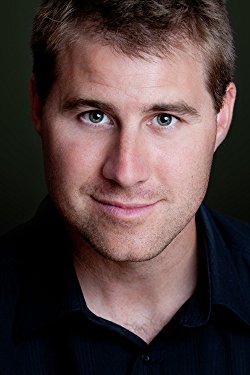 Murphy played six years of professional hockey before retiring in 2006. His sports column, “Overtime” (Pontiac Equity), was nominated for the 2007 Best Sports Page in Quebec, and won the award in 2009. He has also worked as a radio journalist (CHIPFM 101.7).

“Wild Card by Luke Murphy is an engaging suspense read with escalating action and pace. Even lethal jungle creatures wield their brand of justice. Hold on for a wild ride that doesn’t end until the last page.” —Jordan Dane, bestselling author of the Sweet Justice series

“Luke Murphy’s Wild Card is a fast-paced, twisty international thriller laced with refreshing bouts of humor. Reformed debt-collector Calvin Watters and cop buddy Dale Dayton have clear-eyed courage when battling drug cartels and rogue snipers, even as they try to keep it together on the homefront. In a rapid-fire plot with bullets flying, Murphy’s characters never lose their depth or likability. A highly addictive read.” —Nadine Doolittle, author of Iced Under

“From the glitter and grunge of the Vegas strip to the steamy depths of the Amazon rainforest, Wild Card takes the reader on an unforgettable trip. From the first page, it grabs you like an anaconda and refuses to let go. Murphy is a relentless writer— and his latest offering, Wild Card, is like a raging river that can’t be tamed.”—Jeff Buick, author of Bloodline