The Tourist Killer by FCEtier

We have power players trying to whack other power players, while an aging “hired gun” wants to go out walking at the end of a long and deadly career.

In his first novel, FCEtier delves into the mindset of a masters candidate and the events that take the student on a career path to the top of a lonely profession. We meet “The Shooter” as a mission is about to conclude and quickly become acquainted with a conflicted individual seeking resolution to inner conflicts as a phenomenal career enters its twilight years. Then another assignment comes up almost immediately.

How does an individual become a target? Who makes the life-ending decision? The cast includes potential victims, security staffs, and several eccentric characters including an aging hippie who speaks only in song lyrics and a former FBI agent with diverse interests. The role of Julian F. Thibaut, the enigmatic billionaire member of the one percent of the one percenters, changes with the winds and adds doubt to the already unstable status quo.

As the action proceeds on several fronts, the shooter battles conscience, hired killers, and burn-out while juggling relationships and attempts at normalcy. In this fast-paced story with political overtones, FCEtier takes readers on a thrilling ride while addressing personal, business, and governmental ethics. 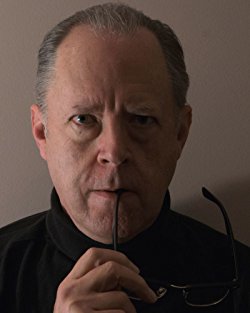 FCEtier, a Louisiana native, spent most of his adult life in Baton Rouge. He eventually split his time between Baton Rouge and Gulfport, Mississippi. Hurricane Katrina sent him in search of a safer harbor, which he found in Western North Carolina. Etier has been involved with photography for many years.

His eye for the unusual found within the usual makes his subjects unique. He doesn’t go looking for the bizarre, but seems to find it in everyday settings.

He began freelance writing several years ago, with a focus on music and book reviews and essays. His writing influences range from Dr. Seuss and Ernest Hemingway to William Safire, Ferrol Sams, Mark Twain, Miriam Goldberg, Ian Fleming, Michael Crichton, Carl Hiaasen, James A. Michener, Caleb Pirtle and John Grisham.
He is the author of “The Tourist Killer” and “The Presidents Club.”

FCEtier is a prolific blogger and photographer. He is currently at work on his third novel, “A Year Without Killing.” A widower, Etier lives with his two cats

One thing you have to give FCTier credit for is that he is willing to tackle rather tricky plots — plots that could easily run off the rails at any point — and yet they don’t. In The Tourist Killer, one of the best political/assassination reads that I have read in a long time — indeed, I couldn’t put it down. We have power players trying to whack other power players, while an aging “hired gun” wants to go out walking at the end of a long and deadly career.

Claudia Barry, who has never been linked to any of her 37 assassinations, is known more aptyly as “The Shooter.” She really doesn’t want to know more than the assignment and then she goes about studying the victim as a scientist studies a major issue. Indeed, that’s why she has never been caught.

Now, at age 62, with time catching up on her, she takes out a serial killer, before he can strike again and she figures this will be her ride into the sunset. She’s put aside a nice nest egg and all she wants to do now is spend time with John Hixon, a former FBI agent, who has been hired to take out a shooter who is after a rather nasty character and corporate head, Brian Farrell, a very amoral Londoner who heads a major corporation located not far from the Thames.

Farrell wants to be at the pinnacle of the corporate world, something like Julian Thibault, a man who is rich as Croesus and who is in the top .1 percent of the top 1 percent, which is right where Farrell wants to be.

Enter Barry again, who is given a job to take out Farrell, while Hixon is trying to take her out and all she wants to do is retire and be left alone. This is one of those novels — actually a seven-parter that always leaps to the past and comes forward with each of Barry’s kills — that has more twists and turns than a shark trying to get off a hook.

Taking place in the mid-south, actually part of the Blue Ridge in North Carolina and Tennessee, there are a number of real spots in this meticulously written and researhed novel.

FCTier, if allows himself to become a full-time novelist has a widening career ahead of him as his characters are believable, right down to the slightly dotty former hippy that crosses Barry’s path. All told it’s a wonderful read, which surprised us as we are used to things like the Jason Bourne books on the ins and outs of political killing.

At this point, we’ll just leave this right where it is and let you find out what happens because it isn’t my job to tell you what the ending is, even in a Kindle there’s no fun in that, is there? Whatever your reaction might be, by the time you reach the final page, you’ll hope that FCTier is at the keyboard or story board again planning his next book.