A well written tale of suspense and political intrigue concludes with a mind boggling ending that I didn’t see coming.

Powell has a temporary job as a bodyguard protecting Bob Hale, the local Member of Parliament, who is a senior member of the team negotiating Britain’s exit from the EU.

Someone wants Hale dead. Powell suspects the motive may not be political. Is there a dark secret in Hale’s past? Powerful men will stop at nothing to prevent Powell discovering the truth.

In an emotional story of abuse and lost innocence, Powell must again walk a tightrope between the law and delivering justice. 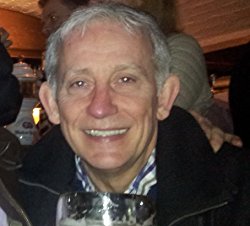 Bill’s love of reading commenced at a very young age. He credits his Gran for encouraging his interest by regularly taking him to the local library after primary school. At boarding school, when the lights went out in his dormitory, he was often encouraged by the other boys to tell stories. English Literature was always his favourite school subject.

A long and successful career in IT saw him live and travel all over the world. With hindsight it was the start of his writing fiction but they were called business proposals in those days!

Having always enjoyed different cultures, the one life lesson Bill has learned is “wherever you go you will find good and bad people. This is not determined by colour, race, religion or country.”

Recently retired from the corporate world, Bill has finally fulfilled his lifelong ambition to become an author and has now written seven thrillers, with the expectation of many more to follow.

Bill lives in Brighton, UK with his German partner and has seven daughters, a son, two horses, a dog and two cats! When he’s not writing he’s probably watching his football team West Brom, who he has now been watching for over fifty years!

This book is stunning and the best of all of the Powell books in my opinion…and I’ve read them all. In the beginning we meet Bob Hale, an ambitious Lawyer who has been convinced to go to the ICTY conference in 1998 in Zagreb. Attending the Conference and moving up the political ladder aren’t the only thing on his mind, he has unusual sexual tastes.

The book quickly moves to the present time, Hale has become a Member of Parliament, and Powell has been hired as a bodyguard for Hale, who is on a team that is involved in negotiating Britain’s exit from the EU. Powell meets Hayley Carter, Bob’s personal assistant, and they soon establish in intimate sexual connection. We also meet Alex, who is presented as the assailant in a personal plot to murder Hale, ‘The Beast’, in Alex’ mind.

Alex is also an expert in Krav Maga, and we see that in a fight scene at a pub in Britain. Alex is intent on murdering Hale, and tries to complete the mission but is thwarted by Powell. Bob merely sustains a shoulder wound, survives the murder attempt, and subsequently Powell is asked to stay on the bodyguard job, although he’s reluctant about it.

There’s an ambiguity about the intentions of the characters that I find gripping, are they good, or bad? This very well written tale of suspense and political intrigue concludes with a mind boggling ending that I didn’t see coming. Five stars and two thumbs up for this latest installment in the Powell series!