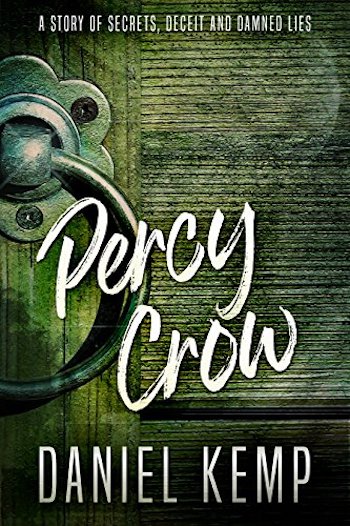 Can Harry discover his great-grandfathers secrets, hidden in the distorted mirrors of photographs at the back of an album?

Captured first by the Nazis and then the Russians during World War Two, Percy Crow escapes in the bilges of a freighter from Soviet Russia to Hamburg. There, he sells his secrets to the head of British Intelligence.

But when Lord Maudlin Paterson hears Percy’s account of the royal family’s dark secrets, he sets out to find whatever the repulsive truth may be. Years after Maudlin’s death, the daughter of his illegitimate Russian son suddenly blurts out Percy’s name while being interrogated by the CIA – and Harry Paterson, Maudlin’s legitimate great-grandson, is the only person he trusts.

Can Harry discover his great-grandfathers secrets, hidden in the distorted mirrors of photographs at the back of an album? Along with his lifelong friend George Northcliffe and the beautiful Serena Abenazo, he starts unravelling the clues. But where will the rattling bones of the sepia images lead him? 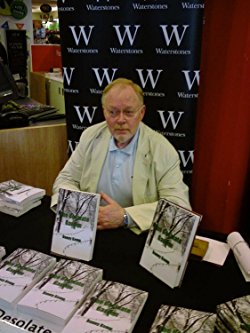 Danny Kemp, ex-London police officer, mini-cab business owner, pub tenant and licensed London taxi driver, never planned to be a writer, but after his first novel —The Desolate Garden — was under a paid option to become a $30 million film for five years until distribution became an insurmountable problem for the production company what else could he do?

Nowadays he is a prolific storyteller, and although it’s true to say that he mainly concentrates on what he knows most about; murders laced by the intrigue involving spies, his diverse experience of life shows in the short stories he compiles both for adults and children.

He is the recipient of rave reviews from a prestigious Manhattan publication, been described as —the new Graham Green — by a managerial employee of Waterstones Books, for whom he did a countrywide tour of signing events, and he has appeared on ‘live’ nationwide television.

When asked to investigate the who, what, where, and why of Percy Crow’s demise, Lord Harry Paterson, Mr. Kemp’s main character, gets involved knowing that something is rotten in Denmark. In this case, it’s United Kingdom’s high society.

There is enough criminality to go around, internationally and locally. The enormity of Percy Crow’s involvement goes beyond his depravity and that of why he does what he does to payback the center of his festered anger.

The story has its twists and turns that lead back to people close to Lord Harry, putting him in a position of a somewhat savoir in the eyes of an ex-lover. Harry closes the case for all concern and leaves the reader wanting to know what comes next.

Mr. Kemp’s British tongue-in-cheek is understandable for us across the pond and doesn’t interrupt the flow of the storyline. When his writing gets to the point, there is an intriguing explanation of Percy Crow’s, English High Societies’, and Lord Harry’s involvement.

The truth comes alive – government officials can’t be allowed to overstep their power. In this case, they were stopped by a deranged complicated man – Percy Crow.

I enjoyed the characters, the adventure, and would like to read what Lord Harry will get his head around next.