Featured: You’re In for a Ride by Nicholas C. Rossis 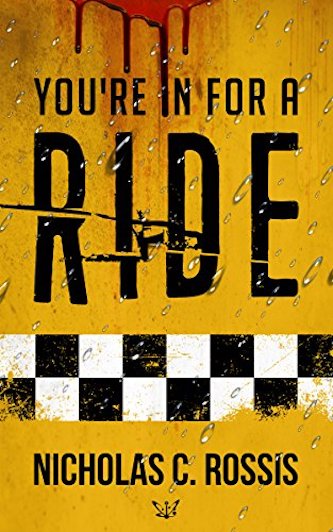 If you had the devil in your sights, would you pull the trigger?

A force field stumps a group of intrepid explorers. Two time-travelers mess with time at their own peril. And what happens when not one, but two dark prophecies clash head-on?

These are just a few of the stories in You’re in for a Ride, a collection of speculative and science fiction short stories that explore our perception of the world around us. Is there more to the world than we can see, or can our senses deceive us?

“Each story is like watching an old episode of the Twilight Zone”
~ C. Mackay 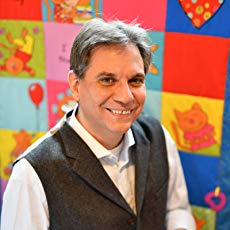 Nicholas C. Rossis lives to write and does so from his cottage on the edge of a magical forest in Athens, Greece.

When not composing epic fantasies or short sci-fi stories, he chats with fans and colleagues, writes blog posts, and enjoys the antics of two silly cats and his baby daughter, all of whom claim his lap as home.

His books have won numerous awards, including the Gelett Burgess Children’s Book Award.

In addition to his best-selling series, Pearseus, he writes short science fiction/speculative fiction stories, many of which have appeared in various collections and anthologies.

These include Infinite Waters, which was voted one of the best 50 Indie books of 2015.

I really enjoyed this collection of speculative short stories from author Nicholas Rossis. Each story is like watching an old episode of the Twilight Zone – just when you think you know what’s going on within the story, you realise actually it’s not quite as you expected.

If there is one thing you can guarantee with Nicholas’ stories, it is, that they will bend reality and perspectives. I don’t think I had an absolute favourite story, although, if I had to choose, I particularly liked the explorers trying to get to an object of desire by removing a force-field (trust me this one is not what you might think is going on).

I also liked the time-travelling tale – quite a thought-provoking concept in what would happen if someone went back in time to kill Hitler. I highly recommend this collection – it’s great story-telling on another level.