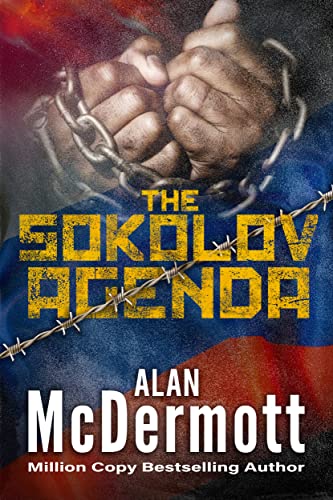 The Sokolov Agenda is the latest blockbuster thriller from million-copy bestseller Alan McDermott.

When his cover is blown, it’s a race against time to get him home.

Not only is Mann facing certain death in a notorious penal colony.

But only he knows the identity of a Russian terrorist who has London in his sights.

Alan McDermott is a full time author from the south of England, married with beautiful twin daughters. He used to write critical applications for the NHS, but now he spends his days writing action thrillers.

His debut novel, Gray Justice, has been very well received and earned him membership of http://independentauthorsinternational.org.

He was subsequently picked up by Thomas and Mercer, who published his first ten books.

Alan now has fifteen books available and is working on a fifth in the Eva Driscoll series.

Please click HERE to find The Sokolov Agenda on Amazon.