Featured Selection: Rarity from the Hollow by Robert Eggleton 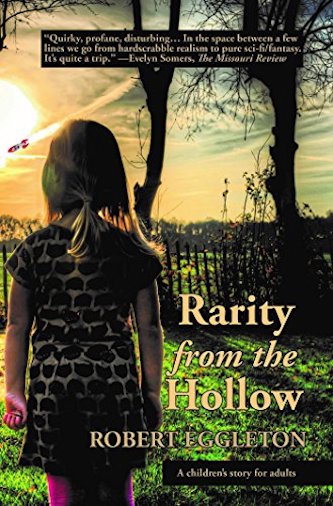 A young girl is struggling to help those she cares about when she’s told that she is the only one who can save the universe.

Lacy Dawn’s father relives the never-ending Gulf War, her mother’s teeth are rotting out, and her best friend is murdered by the meanest daddy on Earth.

Life in the hollow is hard. She has one advantage – an android was inserted into her life and is working with her to cure her parents. But, he wants something in exchange.

It’s up to her to save the Universe. Lacy Dawn doesn’t mind saving the universe, but her family and friends come first. 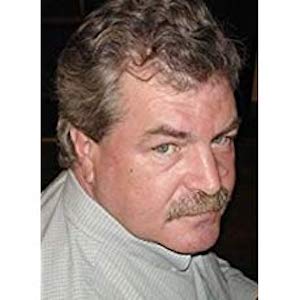 Robert Eggleton has served as a children’s advocate in an impoverished state for over forty years. He is best known for his investigative reports about children’s programs, most of which were published by the West Virginia Supreme Court where he worked from 1982 through 1997.

They also included publication of models of serving disadvantaged and homeless children in the community instead of in large institutions, research into foster care drift involving children bouncing from one home to the next — never finding a permanent loving family, and statistical reports on the occurrence and correlates of child abuse and delinquency.

Today, he is a recently retired children’s psychotherapist from the mental health center in Charleston, West Virginia, where he specialized in helping victims cope with and overcome physical and sexual abuse, and other mental health concerns.

Rarity from the Hollow is his debut novel and its release followed publication of three short Lacy Dawn Adventures in magazines: Wingspan Quarterly, Beyond Centauri, and Atomjack Science Fiction. Author proceeds have been donated to a child abuse prevention program operated by Children’s Home Society of West Virginia. http://www.childhswv.org/

Robert continues to write fiction with new adventures based on a protagonist that is a composite character of children that he met when delivering group therapy services. The overall theme of his stories remains victimization to empowerment.

Rarity From the Hollow was a great read and nothing like I expected! The author takes the reader on a fun-filled journey through the fictional world that he has created. Before reading the story, I had made a number of assumptions, based on the author’s background and the description of the book, but I was wrong on all counts.

I thought that the story might get preachy and heavy-handed in the delivery of its message. I thought that maybe this was just another author trying to copy Douglas Adams and the very successful, “Hitchhiker’s Guide to the Galaxy” series. I could not have been more wrong on both counts.

The book does deal with some very serious issues, including child abuse, poverty, lack of education and substance abuse. Instead of the story getting mired in the characters’ difficulties though, the author uses them to pull the reader in and create empathy. Mr. Eggleton has truly found his own style and voice as he weaves a wonderful tongue-in-cheek science fiction tale that is an absolute joy to read.

Lacy Dawn, a young girl from the hills of West Virginia, is already struggling to help those she cares about overcome poverty, a lack of education and the scars of war when she’s told that she is the only one who can save the universe. Instead of refusing to accept the weighty news, she simply wants to know what is endangering the universe and how she is supposed to accomplish the monumental task. Unfortunately, the strange messenger’s only reply is that those are things she must discover it for herself.

Lacy Dawn assembles her team from those she knows best; her war-traumatized father, beat-down mother, the family dog, their marijuana growing neighbor and the mysterious messenger, DOTCOM. Together they set off on their journey to discover exactly what is endangering the universe and how they can fix it. Along the way, each of them does their part and learns that no matter how worthless they feel, they still have value to the others and to the universe.

The author does an incredible job of effortlessly weaving serious topics and light-hearted fun together throughout the story. If you are a fan of humor, great science fiction storytelling, tales that keep you guessing, or just a good read, then “Rarity From the Hollow” is an absolute must-read. I can honestly say that I have never read a book quite like this and I encourage everyone to take the time to read it. On top of it being a good story, the proceeds go to benefit a very worthwhile cause.