Featured Selection: Molly Hacker Is Too Picky! by Lisette Brodey 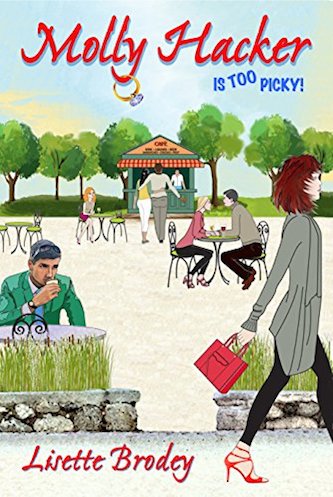 A terrific read and fast-paced story with an ending that surprises and delights!

At thirty-two, newspaper reporter Molly Hacker vows to never attend another wedding until she has had her own. And that’s a problem because Molly’s younger sister, Hannah, is going to be married in one year. Armed with snark, wit, and fabulous good looks, “Picky Molly” embarks on a quest to find Mr. Right in her hometown, Swansea, an elegant bedroom community of NYC.

Things get complicated fast. In no time at all, Molly has four “men of interest” and the memories of a lost love to send her overanalytic, befuddled mind into serious overdrive. Determined not to let her “helpful” girlfriends help her right out of another relationship, Molly tries to keep mum on the state of her love life. Her BFF male coworker, Randy, becomes her closest confidant as he stumbles over romantic issues with his new Mr. Right, Kyle.

Meanwhile, Molly’s BFF gal pals aren’t too happy about being left out of the loop. Tweaking Molly’s last nerve is the town’s most visible socialite, Naomi Hall-Benchley. For self-serving reasons, Naomi is hell-bent on setting up “Picky Molly Hacker” and she doesn’t care who she has to manipulate or hurt to do it.

Just how far will she go? Molly Hacker Is Too Picky! takes the reader on a year-long romp through Molly’s mind and a joyride through her life. Her dating life, town secrets, a group of quirky, crazy characters, and Naomi’s machinations collide head-on at a holiday gala that will change the social landscape of Swansea forever.

As the New Year rolls in, Molly gets earth-shattering news. Can she go on? Will life ever return to abnormal again? 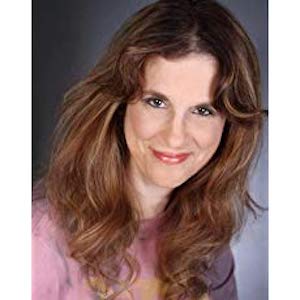 Lisette was born and raised in Pennsylvania. After high school, she moved to New York City where she attended Pace University and studied drama. After ten years in New York, several of them working in the radio industry, she moved to Los Angeles for four years where she held various positions at Paramount Studios in Hollywood and CBS Studio Center in Studio City, CA.

Back on the East Coast, she worked for many years as a freelance writer, specializing in PR and the entertainment industry. In 2010, she returned permanently to the Los Angeles area.

In addition to her seven novels, two of Lisette’s short stories are published in an anthology: Triptychs (Book 3, The Mind’s Eye Series.)

In January 2013, Lisette edited and published a book of her mother’s poetry (written 50 years earlier): My Way To Anywhere by Jean Lisette Brodey.

Molly Hacker Is Too Picky! is a wonderful novel about relationships that is entertaining, intelligent, funny and full of surprises.

In the first few pages, I was catapulted back in time when, like Molly, I was the guest at a wedding hiding out from relatives waiting to pounce with their relentless “when are ya gonna get married?” mantra. The author clearly has her finger on the pulse of single women living in a married world, and, in Molly, created a character who is smart, funny, quirky and extremely conflicted about her love life.

Lisette Brodey is an excellent writer, her prose sparkles and this is especially true of the snap-crackle-pop dialogue that dominates much of the narrative. There are laugh-out-loud moments, other times the humor is more subtle. Molly’s conversations with her gay friend Randy are engaging and reminiscent of the wit and candor of the hit television show Sex and the City. One of my favorite lines in the book comes as Molly broods over Randy’s absence when she needs to talk to him about her complicated love life: “I then began to wonder why I always seemed to enjoy talking about dates more than actually being on dates.”

Yet the novel has its serious moments. When Molly relates the story of her relationship and breakup with Leo, her fearless persona dissolves as she recalls the love Leo put into making her “the most amazing nightstand.” She confesses: “Sorry, talking about him chokes me up.” This is a poignant moment, and there are others that speak volumes about the joys, passions, friendships, fears, and relationships that comprise the lives of thirty-something single women.

The portrait of Leo had me falling in love with him as well, and Molly’s memories of Leo loom large as she dates four different men trying to find Mr. Right. It was amazing to watch Molly juggle relationships with four men but the author pulls it off flawlessly.

A terrific read and fast-paced story with an ending that surprises and delights!