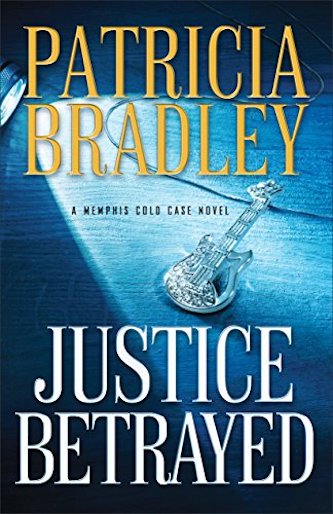 Can they solve the cases before the murderer makes Rachel victim number four?

It’s Elvis Week in Memphis, and homicide Detective Rachel Sloan isn’t sure her day could get any stranger when aging Elvis impersonator Vic Vegas asks to see her.

But when he produces a photo of her murdered mother with four Elvis impersonators–one of whom had also been murdered soon after the photo was taken–she’s forced to reevaluate. Is there some connection between the two unsolved cases?

And could the recent break-in at Vic’s home be tied to his obsession with finding his friend’s killer?

When yet another person in the photo is murdered, Rachel suddenly has her hands full investigating three cases. Lieutenant Boone Callahan offers his help, but their checkered romantic past threatens to get in the way.

Can they solve the cases before the murderer makes Rachel victim number four? 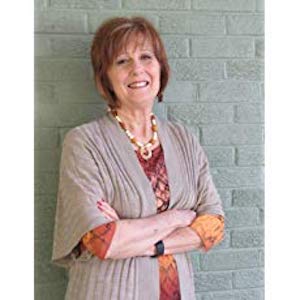 Winner of an Inspirational Readers Choice Award, Patricia Bradley lives in North Mississippi and is a former abstinence educator and co-author of RISE To Your Dreams, an abstinence curriculum.

But her heart is tuned to suspense. Patricia’s romantic suspense books include the Logan Point series set in Mississippi and two sweet romances for Harlequin Heartwarming, Matthew’s Choice and The Christmas Campaign that are available on Amazon.

A Heartwarming Christmas, an anthology written with eleven Heartwarming authors debuted at #81 on USA Today’s Top 150 Titles. The Gingerbread Pony is her contribution to the anthology. October 3, 2017, Revenge released in the anthology, The Kill Zone: Ten Deadly Thrillers. In Revenge, Andi Hollister and Will Kincade’s story from Justice Delayed continues…

Her workshops on writing include two online courses with American Christian Fiction Writers and workshops at the Mid-South Christian Writer’s Conference in Collierville, TN. When she has time, she likes to throw mud on a wheel and see what happens.

Review by Meagan@Blooming with Books:

But to get the answers she’s seeking Rachel has to figure out a way to stay on the case which she’s sure her supervisor Lieutenant Boone Callahan will pull her from if he learns about the possible connection to her mother. But solving this case may be the only way she can work past the guilt she’s felt all these years. And even worse is the blame she knows her dad has placed on her shoulders.

But as the case starts gaining traction those with a link to the case start being targeted – is the killer still out there? Or is it just a coincidence that Elvis Week is again being hit with murder. And when Rachel becomes a target is it because of her investigation or her familial ties to her father Judge Lucien Winslow?

Justice Betrayed is a suspense as one knows what the murderer/criminal is doing but their identity is hidden away. There are several potential suspects that one is like hmm is this the one but then another scene unfolds and one is swayed in another direction. I love when the outcome isn’t given away early on in the book and each successive page draws the reader further into the story. And the cover illustration is the key to the whole thing.

This is the third book in the Memphis Cold Case series but it can easily be read on its own. The series is progressive in the timeline but not so that if read out of order the reader would get lost. By the way, the other two books Justice Delayed and Justice Buried are well worth the time spent reading. Perfect weekend reading!