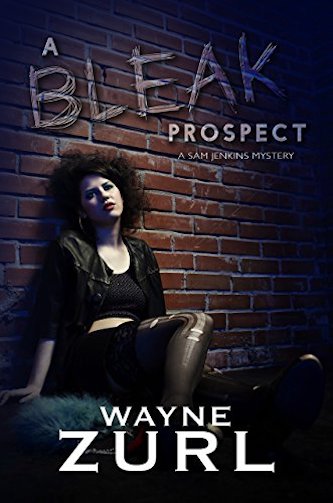 A serial killer is preying on the young prostitutes of East Tennessee and only Sam Jenkins has the information to catch him.

When Sam develops the evidence to arrest the Strangler, everyone should be pleased, but subsequent actions taken by his mayor and the city council affect everyone at the Prospect Police Department and suggest that life there will never be the same. 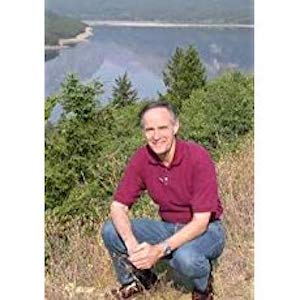 Prior to his police career, Zurl served in the US Army during the Vietnam war and continued on in the Reserves. Before all that, he worked in the fledgling business of computers–when they were seven feet tall. Somewhat disenchanted with the IBM/data processing business, Zurl decided computers were nothing but a passing fad–something that would never replace humans, and he scrapped reentry into that world after returning from his stint with the Army overseas, and collected unemployment insurance until he was offered the only job somewhat compatible with his military background.

For more information about Wayne, visit www.waynezurlbooks.net where you can find a list of available books, photos, other writing available only from the author, special messages, and several recent interviews with the media. Sign up for email notifications about new releases or follow Wayne via his Facebook and Twitter links on the website.

Like the others in this addictive series, wise-cracking Sam is at the center of the tale as Police Chief of Prospect, Tennessee, on what should be the quiet side of the Smokies, but never is, in these cases of murder and mayhem more common to Sam’s former bailiwick of New York City than Appalachia.

From page one, Sam and his crew become involved in investigating the murder what appears to be the eighth victim of a serial killer of young prostitutes. The MO of the murderer, dubbed the Riverside Strangler by the media, includes the grisly details of stabbing his victims multiple times and removing their finger pads with the knife.

Investigations to track the Strangler over the last two years have been thwarted since the murder scenes have been sanitized of evidence, leaving Sam to suspect an assailant familiar with police work.

When a young man wearing flamboyant clothing is found murdered, Sam questions that the Strangler is responsible as the victim has been shot several times and his identification has been left behind.

In the intensified manhunt for the killer, the county sheriff’s department has called in a New York PI of a dubious character known to Sam; while Sam hires a cyber investigator and a young female police officer to augment his usual able assistants.

At this point, the investigation takes on more twists and turns than the tortuous road known as the Dragon’s Tail that skirts the Great Smoky Mountains. Sam zeroes in on a potential suspect, or are there two? Even after the murders are solved, the story takes another detour that leaves us breathless.

In A Bleak Prospect, the author’s cool, crisp style is shown off to its best advantage. The pacing is brisk, the dialogue is at turns smart and regionally authentic, and the characters are distinctive and memorable. Mr. Zurl has mastered his genre of hard-edged, entertaining police dramas, and I highly recommend his latest achievement.