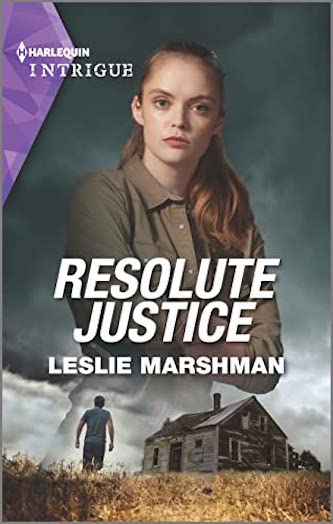 Cassie has two goals: find the ring of human traffickers in her county and find the man who murdered her father.

Will a stand-up sheriff toss the rule book in order to deliver justice?

So, despite her attraction to Tyler Bishop, finding his runaway missing niece isn’t a priority.

Besides, the charming PI’s penchant for bending rules exasperates the by-the-book cop.

But when a leak in her department brings Cassie under suspicion, joining forces with the tantalizing rebel is her only option.

Award-winning suspense author Leslie Marshman is (finally) putting her psychology degree to good use, getting inside the heads of her characters and figuring out what makes them tick.

She writes novels that feature kick-ass heroines, the heroes who love them, and the bad guys who fear them.

Leslie called Denver home until she married a Texan without reading the fine print.

Now she lives halfway between Houston and Galveston and has learned to embrace the humidity.

If she’s not at her computer making things up, you’ll probably find her camping at a lake, a fishing pole in one hand and a book in the other.

I’ve been a fan of Leslie Marshman’s for several years, so when I heard she had a Harlequin Intrigue coming out I immediately reached out to get an early copy. I’m so glad I did! Resolute Justice was a well-written, character-driven Intrigue about the small town of Resolute dealing with a big problem – human trafficking.

Sheriff Cassie Reed is driven by missing girls, a ghost, and grit. She’s proving herself as sheriff after her father, the other Sheriff Reed, was killed in the line of duty. Cassie has two goals: find the ring of human traffickers in her county and find the man who murdered her father.

Her brothers were on her team and she trusted them all, but there was a leak inside the Boone County Sheriff’s Department and she suspected when she found the leak, she’d find the answer to her other two goals. What she didn’t need was a PI with a chip on his shoulder to join in the fun.

Tyler Bishop, or just Bishop as he preferred to be called, had come to Resolute to find his niece. At eighteen, she had the right to leave, but Bishop knew there was more to the story. The first chapter would be told by her boyfriend who lived in Resolute.

Hope dimmed for Bishop when he learned his niece wasn’t there, but that same flame of hope flared to life with every encounter he had with the sexy sheriff running the town. Bishop was a man with issues who had seen too much and dealt with the anger those experiences caused by healthy eating, healthy living, and not getting too close to anyone.

When the Texas Rangers come calling, Cassie realizes that things are worse than she knew. When they asked for her gun and badge, she reacts the only way she can. She joins forces with the man she is falling in love with to find his niece and her father’s killer.

Cassie was a very straight arrow. She insisted that following the rules was the only right way to solve a case. Thank God Bishop showed up to teach her otherwise. Sometimes, breaking rules are the only way to get things done, which Bishop learned the hard way. Their relationship was built on being the good guys, and it grew as they taught each other that sometimes you step out of line for the ones you love.

Resolute Justice was a pure delight from the first page to the last. The characters had deep, passionate reasons for living life the way they did, and they took the time to understand what those reasons were, offering respect even if they didn’t always agree. If you love a small-town sheriff romance with high stakes and heart-pounding action all the way to the end, then you don’t want to miss Resolute Justice.

As a huge Leslie Marshman and Intrigue fan, I can only hope we will see more from the deputies of Boone County in the future!