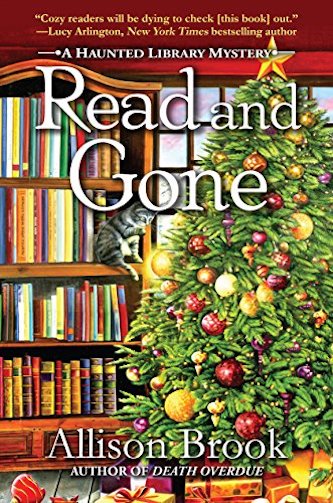 Twenty million dollars’ worth of missing gems bring Carrie Singleton’s long-lost and larcenous dad back into her life and it’s up to Carrie to clear his name.

A devoted dad is as precious as diamonds, but Carrie Singleton wouldn’t know since her dad Jim’s been on the lam most of her life. In an unusual family reunion, she finds Jim breaking into her cottage in the middle of the night. The fun really starts when he begs her to help him recover his half of a twenty-million-dollar gem heist he pulled off with the local jeweler, Benton Parr. When she refuses, Jim takes off again.

Carrie finds her father again behind bars for the recent murder of Benton Parr. Who made the connection? Unbeknownst to her, Carrie’s boyfriend Dylan, an insurance investigator, has been searching for the gems. Determined to find the jewels herself, she starts examining every facet of Parr’s life. She turns up a treasure trove of suspects, one of whom bashes her on the head as she’s searching the victim’s country cabin.

Retreating to the quiet confines of the library where she works, Carrie watches as Smokey Joe, the resident cat, paws at a hole in the wall. Is he after the library’s ghost Evelyn, or something shinier?

The second charming Haunted Library mystery by Allison Brook, Read and Gone will be a delight for fans of Jenn McKinlay and Leslie Meier. 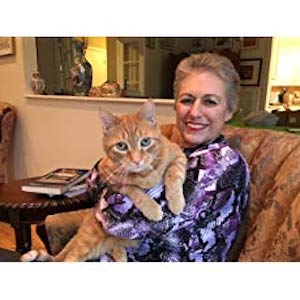 She loves traveling, reading, knitting, doing Sudoku, and visiting with her grandchildren.

She lives on Long Island with Sammy, her feisty red cat.

Read and Gone is the second installment in The Haunted Library Mysteries. In this book, we find a contented Carrie hosting a successful birthday/housewarming party with relatives, new friends and a boyfriend at her new cottage. She is in her element as the Programs and Events Director at the library in her new hometown of Clover Ridge and is literally basking in her happiness and contentment.

Unfortunately, her contentment is shattered when her father, Jim, a well-known thief, breaks into her house later that night and tries to enlist her help in finding his share of some stolen gems that he believes are hidden in Clover Ridge.

Three murders ensue as Carrie realizes that more than just her father are hunting for the jewels, and is shaken to find her father is the main suspect in one of the murders. Consequently, Carrie sets out to find the jewels and return them to their rightful owner — and not to Jim.

This book has lots of twists and turns with no shortage of suspects. I found myself rooting for Carrie as she tries to maintain her newfound happiness, despite so many misgivings about her father, while at the same time, trying to solve the crimes and clear his name. With the help of friends and a charming library ghost, Carrie might just be able to solve the case and make things right again.

I enjoyed this book even though I had not read the first book in the series. Read and Gone can definitely stand on its own, however, it makes you curious to see what you missed in the first book, Death Overdue. This book’s characters are well-written, realistic, and for the most part, likable.

I found the town of Clover Ridge to be charming, and the book’s mystery kept me guessing until the very end. The Haunted Library Mysteries make a great new series that I recommend without reservation.