Featured: The Keeper by April Coker 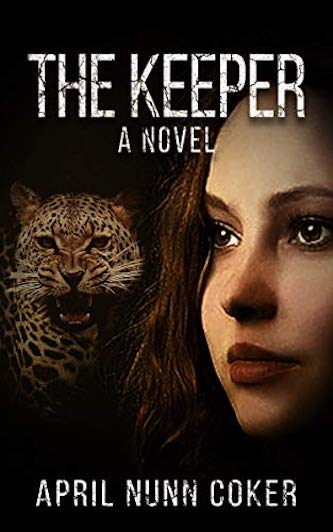 Why are the animals in the zoo dying, and will a keeper be next? It’s a haunting paranormal mystery filled with romantic suspense.

Jolie Sowell is not looking for love. As a young single mother with a toddler daughter and a full-time job as a night zookeeper, she barely has time to comb her hair, much less forge a relationship.

After a shotgun marriage ended in divorce and left her with a baby, she just isn’t interested in men. But when her friend Kaycie talks her into going on a blind date, she has to reconsider. Cade Bishop has looks, style, charm, charisma, and a steady job. Does she dare believe that she might find real love and a father for her little girl?

Timber City Zoo, in the heart of East Texas, is a small but world-class haven for well-tended wildlife as well as a tourist destination and school field trip favorite. Jolie loves her job there.

But when her supervisor Jay is injured in a storm and she finds a dead squirrel monkey out of its enclosure, she starts to wonder. Soon more animals die and then even some employees.

Someone who knows the inner workings of the zoo is on a killing spree, someone with keys to every lock and gate. To her utter dismay, her parents and Cade urge Jolie to find another job and leave the only place she has ever wanted to work.

Shattered from the latest death and feeling pressured by Cade and her parents, Jolie flees Timber City only to return when another coworker is badly injured.

What animal or which keeper will be next?

Can Jolie help stop the killing?

Will her relationship with Cade survive? 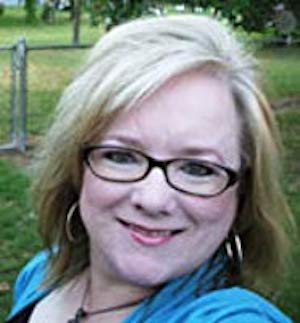 When April read the novel Harriet the Spy by Louise Fitzhugh as an elementary school student, she felt such a strong kinship to the book’s main character that she decided she wanted to become a writer.

By age 10. April was writing short stories for her friends. By age 12, she was keeping a personal diary, and by the time she was a senior in high school, she had become editor of her high school newspaper.

But her intentions to become a journalist were derailed when she felt the calling to become a schoolteacher. Many years later she has retired from teaching high school English and science and running alternative school programs and now lives her dream of writing from her home in East Texas where she resides with her husband Jimmy and Boston terrier Molly.

I have recently finished reading ‘Night Keeper’ and I was a little skeptical at first, thinking it was going to be some sappy romance novel.

As soon as you start reading, you get more and more curious and say to yourself, “Okay, one more chapter”. It’s very addicting. It’s not only a romance,

It’s suspenseful and the characters involved really grab you and tug at yourheartstringss. I would ultimately label it as a horror/romance novel though and I wouldnt suggest reading it in the dark on a stormy night. Or right before you go to a Zoo