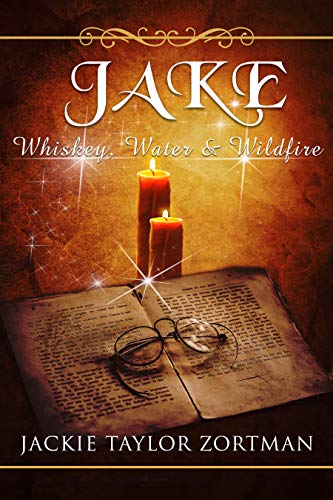 What makes Jake certain that the old gold town of Kimble, Colorado, is the place he is meant to be?

Jake is a woman’s wildest dream and a Hotshot Firefighter with a Harley. He has a tendency to be a drifter and ride for miles under miserable conditions until some place mentally flags him down. He has hard and fast rules from which he never wavers. He’s never been married and intends to keep it that way.

The day he rides into Kimble, Colorado he wants nothing more than water with a lot of ice in it and food for his rumbling gut. But inside a cafe, he finds someone he was not looking for and Tomi causes him to break all the rules he so steadfastly lives by.

When a sudden wildfire ignites, Jake is the only one on the scene prepared to fight it and he immediately takes control. It’s not the first fire he has battled and it’s what he loves and is trained to do.

What makes Jake certain that Kimble, Colorado, is the place he is meant to be? Why does Miss Berta adopt him as her pseudo-son, and why is he so drawn to her as a mother figure? Are the answers simmering inside the fire or is it something more? The ending will surprise you. 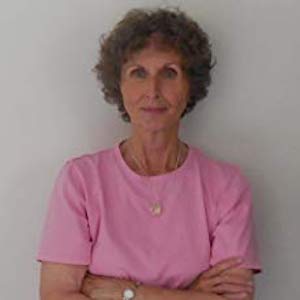 An award-winning writer/published author, I’ve been writing short stories and articles for the last 26 years and have three published books.

My latest book is a Kindle novella, the first in a series of three in The Drifters Series. It is titled JAKE: Whiskey, Water & Wildfire. Jake is a woman’s wildest dream, a Hotshot Firefighter with a Harley, and a “man’s man”. He’s a drifter who rides until some town mentally signals him to stay for a while. Why is Kimble, Colorado the place he’s meant to be? Will he finally fall in love and get married? Why does Miss Berta adopt him as her pseudo-son and why is he so drawn to her as his mother figure? The ending will surprise you.

My first book, WE ARE DIFFERENT NOW, invites you to come along with me on my journey through death on the mountain. My 21-year-old grandson, Pete, died beside the river in the pitch dark of night after falling 100 feet to the rock-strewn canyon floor. Read the true story of what has been revealed to us since we lost this young man with the angelic face and born possessing an old soul.

My first place, award-winning fiction novel FOOTPRINTS IN THE FROST introduces handsome homicide detective Max Richards and his girlfriend, Sami Murphy. The two play an emotional tug-of-war deciding whether Sami can cope with the female victims Max must spend time with during a high profile case and trial, as well as the numerous women who are drawn to men in positions of power. They escape from the stress at his gorgeous and secluded mountain cabin in Colorado to try and untangle the knots of their relationship and decide whether to part ways or cement the bond of their relationship.

SNOW ANGEL is Detective Max Richards Book 2, but can easily be read alone. When he and his sister inherit their mother’s estate, an ornate antique wooden box is found shoved far back in a corner of her bedroom closet shelf. Long forgotten and dusty, opening it reveals a secret she’s been hiding for many years and connects them to an abandoned Victorian house in the Colorado town where Max owns a cabin. The contents provoke changes to the lives of Max and his family that were never expected. Find out what was inside that box and where it led.

A contributing author to the anthologies, Felons, Flames & Ambulance Rides, American Blue, Recipes by the Book: Oak Tree Authors Cook; Echoes From the Silence; Dusting Off Dreams and The Centennial Book of the National Society of Daughter of the Union 1861-1865. I’ve been writing and had stories published for 26 years now.

Charter Member of the Public Safety Writers Association and member of the Rocky Mountain Fiction Writers. Winner of ten writing awards in the annual PSWA Writers Competition in Las Vegas in the last five years.

I live in a quaint, bustling tourist town in the Colorado mountains with my husband and Siamese cat. When the deep snows of winter blanket the terrain surrounding my home, it becomes the perfect spot in which to write.

Learn more about me on my blog, Jackie’s Mountain Memos at www.jtzortman.wordpress.com..