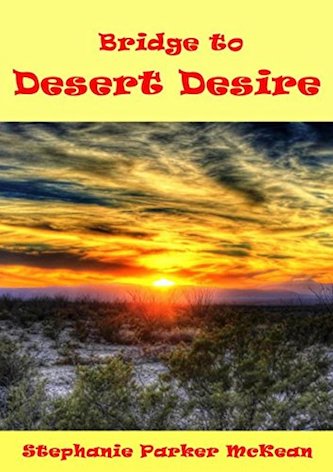 She flees to the Nevada desert to visit an artsy friend, expecting the empty desert to shield her from murder, mystery, and mayhem.

She resolves to end dystopian relationships by outdistancing the mysteries that seem to stalk her even when she is busy minding her own business.

Little can she afford another mystery to sweep into her life and separate her from her new love, Scottish Reverend Alan Evan Kirkland, who is already separated from her by the ocean until she receives her United Kingdom Visa.

She flees to the Nevada desert to visit an artsy friend, expecting the empty desert to shield her from murder, mystery, and mayhem.

The desert proves far from empty and the secrets it guards are deadly.

Mike must not only save her own life, but also that of a rebellious teen who hates her, does not believe in God, and is determined to engineer the same level of dystopia that Mike fled to the desert to avoid.

Even worse, Flame’s father, Egan Firewalker Quartz, is determined to give Miz Mike every reason to discard her upcoming “traditional wedding” to her “traditional Scottish minister” and marry him instead.

He needs a mother for his unruly daughter and Mike seems like a good candidate for the job.

As a five-year-old, I lived for show-and-tell days at school when students brought things to class and talked about them. I never had anything to bring – but I always had something to tell!
Me: A camel followed me to school. I tried to ride it, but it had slippery hair and I fell off.

A parent-teacher conference ended my first-grade story-telling career. I was instructed to quit telling lies.

That settled it. If a person could get paid for telling lies – that was my career.

I received my first rejection slip before I graduated from high school. Other rejection slips followed, along with a few checks. But no matter how many rejection slips, (I have 150 in my file) I kept writing because like Jeremiah 20:9, His Word was in my heart like a burning fire shut up in my bones; I was weary of holding it back and I could not.

Miz Mike has decided that she’s fed up with being involved in mysteries and grizzly murders. So, she heads to Nevada for a vacation.

The desert, she imagines, will afford her the opportunity to rest, to relax, to meditate and pray. And most of all, the desert will give her privacy so that she can do what she loves to do: mind her own business.

Along for the ride is her newly-acquired collie named Angel Joy, though for details on just exactly how she comes to own Angel Joy, those of you who love the Miz Mike series (and new readers, too) will just have to read for yourselves.

It has to do with a tree and a suspected suicide. The privacy of the desert landscape doesn’t seem to be what Miz Mike expected, and before she even has a chance to bring in her luggage, she finds herself involved in a murder.

As the case is being investigated, she reunites with friend Nada, along with new friends Egan (ever handsome and rugged), his rebellious teenage daughter Flame, and an impostor named Bik.

This book has all the characteristic thrills, chills, and spills (OUCH) of Miz Mike novel. Delightful from beginning to end!