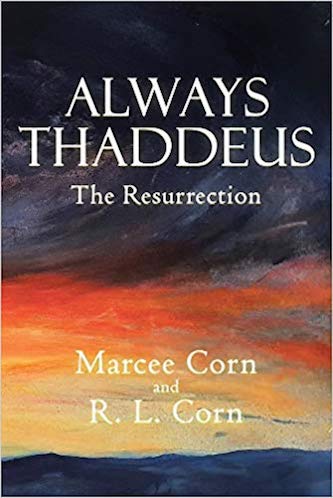 His ex-wife Beth planted overwhelming evidence against him, so he feels literally and figuratively trapped in a hopeless situation.

Reporter Jan Smith is compelled to help Andrew prove his innocence, but time is running out as every day in prison could be Andrew’s last.

Handsome and powerful Spanish tycoon Ernesto Chavez finds Margaret Buchanon irresistible, and her appeal may entice this bachelor to finally tie the knot.

The fine line between sanity and insanity will be tested as the two move rapidly toward matrimony.

Two of Ernesto’s employees, Maria Sarduchi and Tonya de Lugo, learn some of Beth Morgan’s secrets. They will either become good detectives-or dead ones. Ultimately, eight individuals come face to face in a powerful courtroom battle that rocks international shores.

As the truth is revealed, will it be worth the price as Beth’s devastating wrath comes full circle?

Marcee Corn, author of ALWAYS THADDEUS  and Co-author of UNCLAIMED BAGGAGE, lives in the mountains of North Carolina with her husband, Rob.

Sisters Marcee and Susan are proprietors of The Twisted Twig Antiques & Accents in Banner Elk, North Carolina. You can find out more about Marcee and her book projects on her Website: www.marceecornauthor.com.