Blamed is an engrossing story that grabs your attention and doesn’t let go.

Sphere Airlines captain, Bill Kurz, awakens trapped in the wreckage of the aircraft he’d been piloting that came to rest upside down. His last memory is putting the landing gear down.

The NTSB and news media blame him and the deceased first officer Ned Partin for the accident that killed thirty-eight, and burned or severely injured ten.

Bill knows from experience flying with Ned that they would have prevented the accident. While recovering from his debilitating injuries, Bill investigates why data that would exonerate him has disappeared. Why hasn’t the NTSB figured out there was something wrong with the rudder?

And why does his airline’s management thwart his attempts to prove he shouldn’t be blamed?

Those who caused the accident will go to extreme lengths to assure Bill does not uncover their secret agenda. 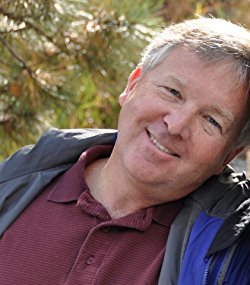 Dana Griffin has been flying professionally for over thirty years, the last twenty for a major U.S. airline. Right up with his love of flying, is his passion for books.

The four he has written, The Cover-Up, Coerced, Calamity, and Blamed are stand-alone airline thrillers. But, the reader would enjoy them best if read in the order listed here.

He lives in Kentucky with his wife, and a four legged child some people call a dog. When not flying, writing, or chasing after his grandchildren, he and his wife love to travel in their fifth wheel camper, hike, ski, and jet-ski.

Review by Allison Maruska, author of The Fourth Descendant:

Blamed is an engrossing story that grabs your attention and doesn’t let go. I highly recommend it!