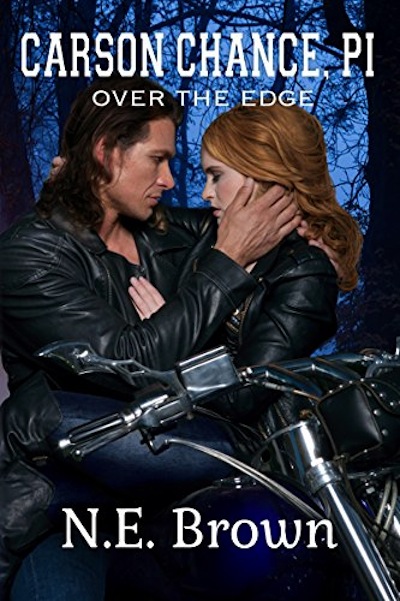 A page-turner with suspense, mystery, and romance that will keep the reader glued to every word.

N. E. Brown, author of Carson Chance, P.I. Over the Edge, loves history. In fact, most of her books fall into the historical fiction genre. Before writing her Galveston, Indignities Series, Ms. Brown conducted extensive research about the 1900 hurricane that devastated Galveston to ensure the accuracy of her depiction of the storm and its repercussions on those who survived it.

Most of the book’s events occur in one of the city’s most elegant, historic neighborhoods – Oak Cliff. Perhaps, Brown’s research for this novel posed less of a challenge than her previous series. Having been a successful realtor in the Dallas area, Ms. Brown possesses the knowledge to describe Oak Cliff as it existed during and immediately after the Vietnam War.

Her protagonist, Carson Chance, is a Vietnam veteran who, like many men who fought in that war, came home with not only physical injuries but also PTSD. Nightmares consume his dreams, and many times he awakes – sometimes on the floor beside his bed – reliving a battle in the jungles of Viet Nam.

As a private investigator, Carson takes great pride in solving the cases his employer assigns to him. His independent personality and his ability to discern the truth serve him well. Then something happens.

One day, while cruising on his motorcycle, he stops to pick up a hitch-hiker Amy Warren, who worms her way into his world. Gone is the boring routine of Carson’s lifestyle. He invites Amy to spend a few days with him while she looks for a job and another place to live. Amy kindles a fire in Carson, a fire he does not want to fuel.

For the first time as a P.I., Carson finds himself in a quandary and doubts his ability to distinguish truth from falsehood. He asks himself whether or not Amy is telling him the truth about her past.

The events of Amy Warren’s past, while not idyllic by any sense of the word, affect every decision she makes. Amy possesses an independent streak of her own. Several times throughout the novel, she wishes she had never met Carson and doesn’t want to have anything to do with him.

But Carson finds himself in trouble. Will Amy be there for him? Carson Chance, P.I. is a page-turner with suspense, mystery, and romance that will keep the reader glued to every word.