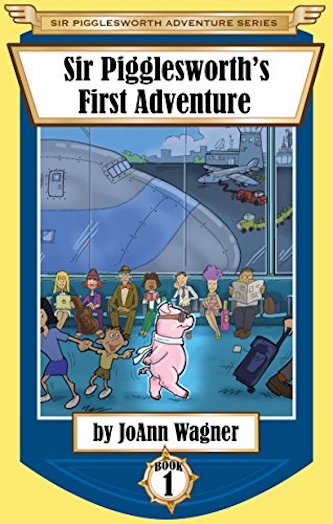 The story is playful and fun, with great illustrations.

Sir Pigglesworth’s First Adventure by JoAnn Wagner has received the Best in Texas Book Award for Children’s Book Series. The award is presented by the Texas Association of Authors.

What If Pigs Could Fly – And Have Adventures?

When it comes to bedtime, there’s nothing more fun than snuggling up with a good book – or reading aloud to your child and sharing the ups and downs of a story of a rambunctious young adventurer.

After being knighted by Queen Alexandra for acts of bravery, Sir Pigglesworth was commissioned to travel around the world to spread cheer and smiles with all the children he meets. He is to learn about the culture and history of each city he visits and pass this information on to all children of the world.

In his first adventure, Sir Pigglesworth follows his parents to the London airport. He was supposed to stay home with his grandmother, but the rambunctious royal rascal was not always very good at following the rules! He wants to surprise his parents with his smiling face in Vancouver! Surely, they would be thrilled to see him there…wouldn’t they?

After all, what could go wrong? 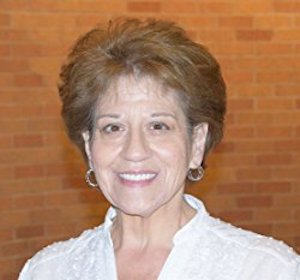 JoAnn Wagner was born in New York in 1951 and grew up just outside of New York City. She spent 20 years upstate in Kingston, NY before moving to Mesquite, TX, a suburb of Dallas, in 1986. She recently retired, having worked for 25 years at the University of Texas Southwestern Medical Center in Dallas.

Her hobbies include kickboxing, reading, cruising, yoga, and writing. JoAnn is married, and between her and her husband, they have 5 wonderful children and 6 beautiful, rambunctious grandchildren. The “Sir Pigglesworth’s Adventure Series” was born when JoAnn’s church gave out a flying pig stress ball for the congregation to take around over the summer and post pictures on Facebook.

Everywhere she went people smiled and laughed, and were excited to have their picture taken with Sir Pigglesworth, as she dubbed the pig. The idea blossomed until it became clear that Sir Pigglesworth’s adventures needed to be shared with children around the world.

JoAnn has done book readings of Book 1 at a library and art center in West Virginia and has more planned for the Dallas metroplex area. She passes out a pig nose for each child to wear during the reading – they love it and try to see who can “snort” the loudest! They get to keep the nose.

JoAnn even wears one during the reading…the kids think it’s hilarious!

Young children will delight in this adventure of Sir Pigglesworth as he visits London. So engrossed in the hustle and bustle around him at Heathrow airport, he wanders off from his parents, eventually meeting a kind couple from Dallas, Texas, who are destined to make their way into other Sir Pigglesworth adventures.

Naïve to the ways of the world, this brave, daring little pig takes young readers along on his exciting adventures, inadvertently showing them that rash decisions sometimes have funny, though unintended, consequences. The story is playful and fun, with great illustrations.

The pictures help the reader “see the words” and add a lot to the story. The artwork is captivating and adds to the story. I can see this series as children will anxiously await the next book in the series to come out. Well written and tailored to young readers.