Best of Texas Book Award Winner: Though This Be Madness by Penny Richards 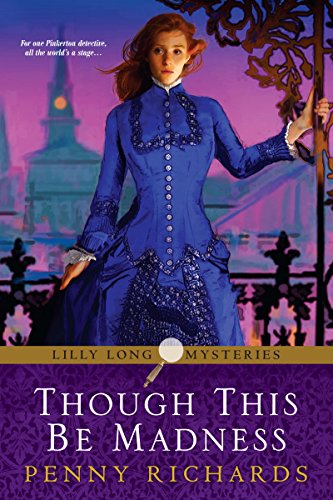 Though This Be Madness by Penny Richards has received the Best in Texas Book Award for Historical Mystery. The award is presented by the Texas Association of Authors.

Shakespearean actress turned Pinkerton detective Lilly Long and her reluctant partner, Cade McShane, travel to New Orleans to save a young widow from a fate worse than death…

1881, Chicago. Assigned to her second case as a Pinkerton, Lilly still needs to prove herself—both as a novice detective and as a woman in a man’s world. Ordered to once again work with Lilly, Cade needs to redeem himself for conduct unbecoming to a Pinkerton—a grief-driven drunken brawl. As if their forced partnership wasn’t bad enough, the agents must pose as husband and wife servants in the troubled household of a wealthy New Orleans family. An acting challenge if ever there was one…

The elderly matriarch of the Fortenot family is convinced her grandson’s former widow has been unjustly committed to an insane asylum by her second husband. She believes the man is attempting to wrest the family fortune away from his new wife. Soon, behind the beautiful façade of the Fortenot mansion, the detectives uncover secrets, betrayal, voodoo curses—and murder. Even as Lilly and Cade chafe against their roles, they must work together to expose the true villain of this tragedy before the hapless widow faces her final curtain call. 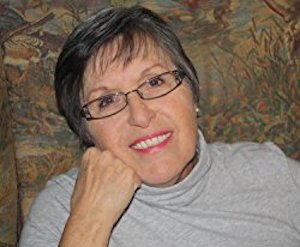 Penny Richards is the author of 43 books for various imprints at Harlequin, Silhouette and Harper Paperbacks.

Her books have made many bestseller lists, and she has been nominated for or won, many industry awards, including the Romance Writers of America RITA in the Inspirational category, a Lifetime Achievement award from Romantic Times magazine for Eden, book four of the Calloway Corners series, and Storyteller of the Year.

She currently writes historical mystery for Kensington Publishing. Her first historical mystery, An Untimely Frost, the first book of the Lilly Long Mystery series, was awarded Best Historical Mystery of 2017 by the Texas Association of Authors as well as an award for the cover art.