Best of Texas Book Award: Tales from the Riverside 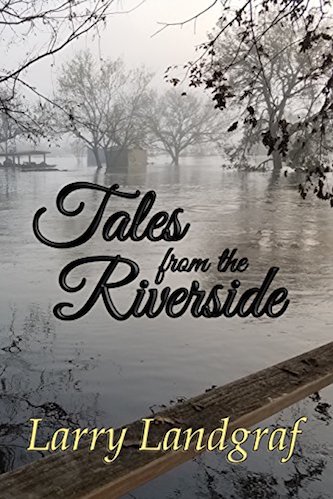 Tales from the Riverside by Larry Landgraf has received 2019 Best of Texas Book Award for nonfiction short stories.

Tales from the Riverside

Tales from the Riverside tells true and unique stories about one man’s struggle with alligators, snakes, killer bees, and hordes of nasty critters on a daily basis in his swamp.

Experience the danger without the need for professional medical services. 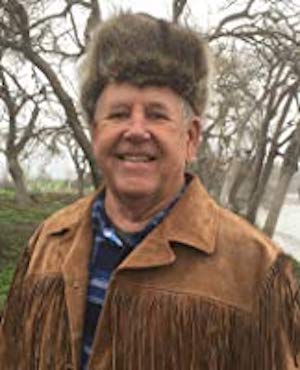 Life in a swamp is not for everyone.

Larry Landgraf was born and raised on the Guadalupe River Delta on the Texas Gulf Coast.

After four years of college, Larry spent 20 plus years as a commercial fisherman. When that ended he became a general contractor for another 20 plus years. He wrote his first book in 1986 in an attempt to save his commercial fishing career. The book and the career failed.

After retiring from the contracting business due to a death-defying accident, he wrote his second book in 2012 How to be a Smart SOB Like Me.

Still, he didn’t consider himself an author. He awoke one morning in January 2015 with a story in his head. He sat down at the computer and began to write this story. Next thing he knew, he had written 300 pages. After an extensive re-write and editing, Into Autumn – A Story of Survival was published in September 2015. This is his third book, but debut novel. Into Autumn was re-published in January of 2017.

As he left some things hanging in Into Autumn, he had to write a sequel. Into Spring – The Next Generation came out in January 2017. It made “finalist” in the Independent Author’s Network (IAN1) 2017 Book of the Year contest. Larry then came up with the idea of a Four Seasons series. Into Winter hit the shelves in September of 2017. Into Summer was released in 2018.

Larry finally considers himself an author, but you decide for yourself.

Larry still lives on the Guadalupe River Delta…in the swamp. He writes, tends his fruit orchard and his large garden. He enjoys fishing with Ellen, his significant other, traveling and living in the country where he resides.

Hurricane Harvey hit Larry dead center. You won’t believe what happened. His home is okay, but the story is unbelievable. You can find it in Tales from the Riverside.

Many people have said Into Autumn would make a good movie, so he took it upon himself to write the screenplay. “A Tempest in Texas” is his rendition of that script. It came out in April 2017 and is available on Amazon as well. The gist of “Into Autumn” in an afternoon read. In May of 2017, “A Tempest in Texas” has made the semi-finals in the Los Angeles Cine-Fest screenwriting festival. Shortly thereafter, it made “finalist” in the Influx Magazine Festival. In October it made “finalist” in the New York Screenwriting Festival and as of the end of the month, it is in the hands of two producers in California.

If you would like to take a closer look at Larry and his works, you should visit his website at http://www.intoautumn.com

I’ve spent a lot of time on the periphery of swamps in Florida–day trips to the Okefenokee as a kid, suburban backyard alligators, and snakes, and regular visits to St. Marks NWR as an adult. But, until I read this book, I never had any insight into the lives of people who live and work in and around American swamps. What’s it like? What do they do? What do they enjoy? How do they deal with all the challenges nature presents?

Through the short recollections of his personal experiences, the author shows what is like to live, work, and survive in a Texas Gulf Coast swamp area.

This book is a down-home, folksy, excursion into a life most of us will never lead. It’s a great read. It’s got adventures, observations on life, some recipes, and some life and death encounters with all that nature can dish out – killer bees, snakes, alligators, floods, and hurricanes. It’s a wonderfully authentic read that shows strong regional character.

It’s also nice to read about these things from the perspective of a real person without the sensationalism of a condescending cable network that aims to present country folks as unsophisticated simpletons.

If you have romantic notions of moving to a swamp and communing with nature, this book will give you some real insight as to what life is like. Sometimes the author eats nature’s bounty and sometimes nature’s bounty tries to eat the author.

If you are really interested in diversity, books like this are a good read. This isn’t a political book at all, but you’ll see how self-reliant rural people often think differently from city people and from government officials.

Please click HERE to find Tales from the Riverside on Amazon.