Best of Texas Book Award: The Second Law by L. A. Starks 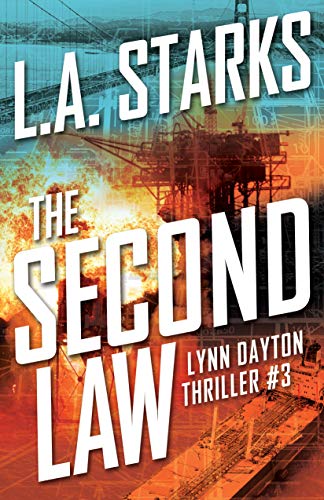 A true thriller that gives you a mystery, murder, and danger hidden in the shadows around you and in cyberspace

The Second Law by L A. Starks has received the 2019 Best of Texas Book Award for International Thriller.

TriCoast Energy executive Lynn Dayton is visiting the company’s San Francisco refinery when it comes under attack. Saddened by the fiery deaths of several workers, she traces the explosion to software malfunctions and contacts cybersecurity chief Kanak Singh to track it back to the source.

The second law refers to the second law of thermodynamics: it means that in an isolated system everything tends towards chaos.

Lynn is still reeling when a TriCoast lease bidding manager is killed in New Orleans. The seeming motive is the theft of his computer containing billion-dollar secret offshore bid plans. Then her long-time mentor and good friend is gunned down in front of her in a Louisiana swamp.

What terrible plan lies behind all these crimes? Lynn races against time to uncover a complex plot that stretches from murder in Vienna to a natural gas terminal attack in the Baltic to a major Caribbean oil installation off U.S. shores. Lynn is baffled as she learns of a high-stakes takeover bid by a mysterious group called the Second Law.

Who are these people? Worse, who is the mole inside TriCoast that is feeding them so much deadly information?

Unless she can find out, thousands more are scheduled to die. 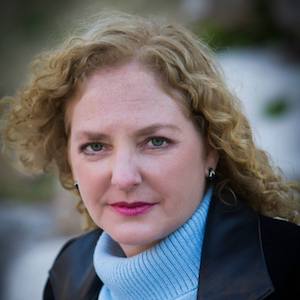 As in 13 DAYS: THE PYTHAGORAS CONSPIRACY and STRIKE PRICE, THE SECOND LAW revolves around conspiracies local and global.

About THE SECOND LAW, D. Donovan, senior reviewer for Midwest Book Review, says: “The result is a compelling thriller that’s hard to put down, absorbingly powerful in both characterization and plot and filled with satisfying twists and turns that introduce readers to the world of not just refinery safety and operations, but high-stakes international intrigue between groups holding special government interests at the heart of their actions.
“Readers who enjoy stories of mystery, murder, mayhem, and espionage will relish the intricate, complex yet highly accessible series of events The Second Law unfolds.”

L. A. Starks was born in Boston, grew up in Oklahoma, and now lives in Texas. She studied engineering (BS-chemical engineering–Tulane) and economics (MBA-finance, University of Chicago). After working more than a decade for well-known energy companies, she now reviews energy investments at Seeking Alpha in both free articles and via subscriber platform Econ-Based Energy Investing.

Two of her short stories, “Robert and Therese Guillard: Choices,” and “A Time for Eating Wild Onions,” were accepted and published by the Amazon Shorts program and are available on Kindle. “A Time for Eating Wild Onions” is a prequel to STRIKE PRICE. The story reveals more about tragic past entanglements between Jesse, Pete’s father, and Pete. A third Kindle-published short story, “Josh Rosen and Bubbe,” adds texture to the Dayton series character Josh Rosen.

Starks played intramural basketball for the Efficient Mockettes, holds a US patent, has run sixteen half-marathons, and served six years on the board of the Friends of the Dallas Public Library. Her favorite recent international destinations are Denmark, Spain, and Switzerland.

The Second Law by L.A. Starks is book three in her Lynn Dayton thriller series. This is the first book that I have read by this author and I was hooked from the first page. This thriller book is full of espionage, murder, secrets, and danger. I couldn’t get enough of it. As you read you can absolutely tell that the author has done a significant amount of research about the storyline and this story truly shines.

The author takes us from the U.S. to China to Russia and even to the Middle East. This story is easy to follow along with and the characters are engaging. I appreciate the amount of detail that the author goes into both with the cybersecurity but with the oil refineries and even the murders. I especially appreciate how the author doesn’t skimp out on certain scenes. I was worried that the author would just give us abstract scenes with the deaths but we get the full situation.
While some of the characters are true blue professionals in what they do I like that we are given less professional types as well.

I feel that this makes the story truly well rounded. I can easily say that this book can be read as a stand-alone novel, but the author does give the reader snippets from her previous books and this makes me want to read them to learn what has happened before with Lynn when she had a very close call with a murderer.

There is nothing that I don’t like about this book. As I said before you can tell that the author put a lot of thought into this novel and it shows. The details are well done and thought out and very little is left to chance. This book has been thoroughly edited and what I would call a true success.

If you are looking for a novel that is a true thriller and gives you a mystery, murder, and danger hidden in the shadows around you and in cyberspace then this is the book to pick up. If you have read L.A. Stark’s other novels and enjoyed them then grab this book! You will not be disappointed! I am rating this book 5 out of 5 stars.