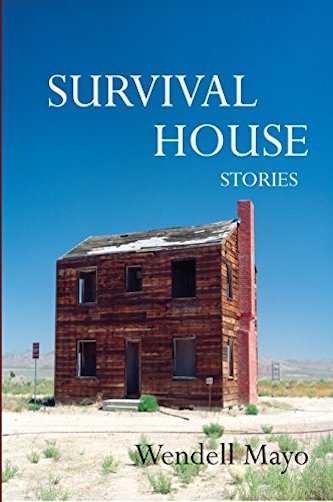 These are outcast, lonely characters looking in cockeyed ways to survive the most desperate—and comical—moments of a violent world.

Often humorous, always resonant, the ten stories in Survival House not only look back to the collective mind of doom in the atomic age of the 1950s and 1960s, but also address its legacy in our time—the emergence of new nuclear powers, polarizing politics, and the ever-tightening grip of corporations.

In contemporary stories, such as “Doom Town,” a festival annually celebrates the survival of the human race by conducting riotous air raids. In “The Trans-Siberian Railway Comes to Whitehouse,” a bar owner desperately clings to a new all-things-Russian theme to save himself from financial ruin.

Other stories, set in the 1960s, recast the Cuban Missile Crisis, Kennedy assassination, and Space Race in personal histories of the human heart that remind us what it takes to endure—both then, and now. 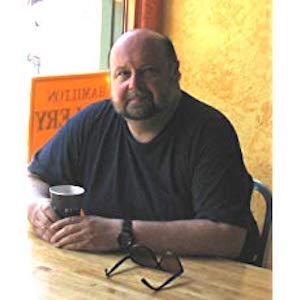 He is author of four more story collections: The Cucumber King of Kedainiai, winner of the Subito Press Award for Innovative Fiction; Centaur of the North (Arte Público Press), winner of the Aztlán Prize; B. Horror and Other Stories (Livingston Press); and a novel-in-stories, In Lithuanian Wood (White Pine Press). A sixth story collection, Twice-Born World: Stories of Lithuania, is forthcoming with Deerbrook Editions in 2019.

Over one-hundred of his short stories have appeared widely in magazines and anthologies, including Yale Review, Harvard Review, Missouri Review, and more.

He is the recipient of an NEA Fellowship, a Fulbright to Lithuania (Vilnius University), two Individual Excellence Awards from the Ohio Arts Council, and a Master Fellowship from the Indiana Arts Commission.

Review by Jennifer A. Thomas:

Loved these stories! The outrageous “Doom Town Festival” puts a pig named Corporal Pig at the head of a parade that celebrates global nuclear tension—and surviving it.

“The Trans-Siberian Railway Comes to Whitehouse” has a small-town, middle-American desperate for customers converting his bar and grill into hard-core Soviet / Russian-themed madhouse.

In “The Big Healy,” a middle-school girl tries desperately to salvage her reputation after her father publicly declares he’s glad President Kennedy has been assassinated.

And there are seven more gems in the collection. These are outcast, lonely characters looking in cockeyed ways to survive the most desperate—and comical—moments of our violent, space-crazy, and atomic-frightened past and present.

They’re also beautifully written. I couldn’t help but think how some stories are so relevant to the daily need to just “survive” these days.