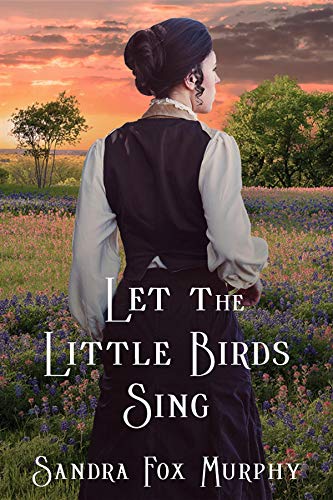 A girl’s journey during harrowing times as a wagon train carries a pioneering family from the north to Texas.

In 1847, the McCord family, filled with hope for prospects of a better life, packed all their earthly belongings into covered wagons and left their homes in Indiana for Texas.

The world beyond was in front of seven-year-old Fidelia, and little did she know, as the wagons traveled down the dusty trail to the southwest, that there would be the need for all the courage she could muster.

Her faith would be tested and fortitude found in the most unexpected places.

Let the Little Birds Sing is the beginning of Fidelia McCord’s story, of the hardships she encounters and sees around her, told through the eyes of a precocious and determined girl.

It is a tale set in early America inspired by the journey of a girl coming of age amidst the perils of settling in a new and untamed land. 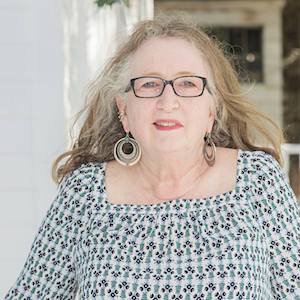 She is originally from Glasgow, Delaware, but grew up an “Air Force brat.”

Ms. Murphy was inspired to write verse and stories while studying the beatnik poets at Indian Valley College in California, and she is a graduate of The University of Texas at Austin.

Ms. Murphy stepped up her writing after retiring from the U. S. Geological Survey in 2009 when she started writing poetry and short stories with her writing club in Round Rock, Texas.

A Thousand Stars is her first novel, the story about Ann Hill that she was compelled to write. It is historical fiction set in Rhode Island during the seventeenth century, a story inspired by true events and colorful characters.

Her novel, That Beautiful Season, is a tale of the Civil War and its aftermath. A story rich in the love of family and the land near the Chesapeake Bay.

Her most recent release, Let the Little Birds Sing, is a story set in mid-nineteenth century America, inspired by true events … a girl’s journey during harrowing times as a wagon train carries a pioneering family from the north to settle in Cypress Creek near Austin City in Texas.