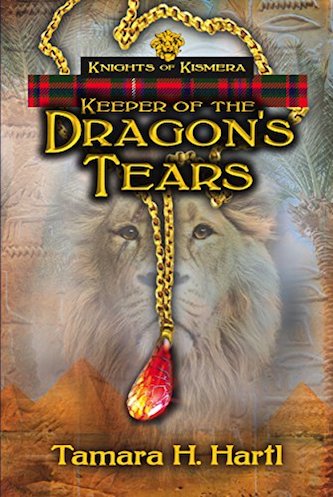 A magnificent blend of paranormal, fantasy, sci-fi and romance. This book has it all.

Keeper of the Dragon’s Tears by Tamara Hartl has received the 2019 Best of Texas Book Award for Fantasy Romance.

Keeper of the Dragon’s Tears

Egyptologist Magdalene Shaffer finds more than antiquities when she discovers a treasure of dragon tears. She escapes a brutal attack with the aid of an ancient god and the magic of the tears.

Maggie takes refuge, as a stow-a-way, in a trade caravan heading to Kismera, home to the Werre. Her escort is Cearan Lionblade, brother to the infamous Ki Lionblade. As they travel to Oralia, Cearan falls for the feisty flame-haired beauty.

His love is tested when Maggie is kidnapped and he must follow her, calling on the power of the lion that lives within him, as he goes into a world full of unknown dangers. 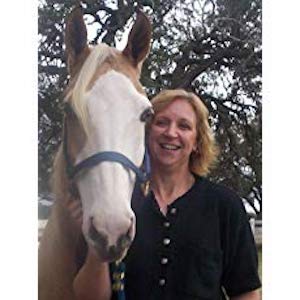 Tamara Hartl was born and raised in the Blue Ridge Mountains of southwest Virginia in the beautiful town of Floyd.

Getting her start with a Morgan Horse breeding and training facility, she went from cleaning stalls, and hot walking horses to barn manager.

Tamara left Owl Hollow Morgans to train at Ferney Creek Arabians and when the farm was relocated to Moulton, Texas, she moved with the owners and their Egyptian Arabians.

She still holds a day job working for a private owner as a farm manager and does the prep work for horses who will go on to show at the National level with a show trainer.

She now lives in south Texas with her husband, Ritchie, and two daughters, Jennifer and Cassidy, the oldest beginning her own adventures soon as a college student, as the youngest enjoys high school.

Of course. she still has horses (too many) along with a menagerie of animals. The majority of the cats and dogs are rescues. The chickens are just a hobby that rewards her with chicken antic stories and fresh eggs.

She loves to read when she has a spare moment or two. She lists Diana Gabaldon as one of her favorite authors along with Linda Lael Miller, and James Rollins.

Keeper Of The Dragon’s Tears by Tamara H. Hartl is a magnificent blend of paranormal, fantasy, sci-fi and romance. This book has it all.

Ms. Hartl has once again amazed me with her story-telling abilities and has produced a well-written book. I love the characters and their dialog. Outstanding! Kudos to Ms. Hartl for a fabulous cast of characters. Maggie is an archaeologist and is in a tomb when it caves in.

Cearan is a warrior of Kismera and finds Maggie hiding out in one of his wagons. Their story is loaded with action, adventure, suspense, humor, and steamy sex. Keeper Of The Dragon’s Tears is one of those books you can’t put down.

I loved every page of this book and look forward to my next book by Tamara H. Hartl. Keeper Of The Dragon’s Tears is book 3 of the Knights of Kismera Series. It can be read as a standalone, but it’s best if you read the series in order.

This is a complete book, not a cliff-hanger.