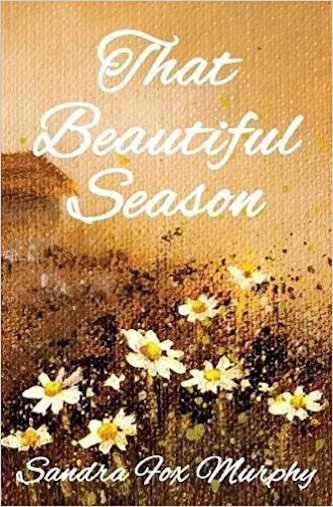 As the country recovers from war and is then flung into an economic depression, can the Greenwood family overcome sorrow and find its way again?

That Beautiful Season by Sandra Fox Murphy has received the Best in Texas Book Award for Hard Science Fiction Novel. The award is presented by the Texas Association of Authors. 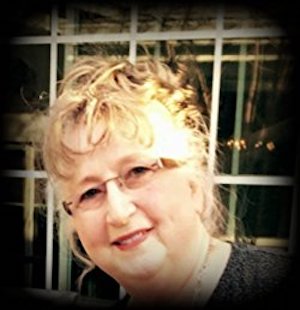 When the Civil War is at last over, a young girl called Sylvie is unaware of the turmoil of her past and the Reconstruction all around her.

She knows only farm animals and crop cycles and the love of her family. Growing into a lovely young woman in rural Maryland, she finds happiness in the farming life and, over time, runs smack into love.

But she soon will discover that life is filled not only with joy, but loss, and secrets that will topple all she thought she knew.

That Beautiful Season delves deep into the love of family and the love of the land near the Chesapeake Bay. As the country recovers from war and is then flung into an economic depression, can the Greenwood family overcome sorrow and find its way again?

Darkness began to fill the sky, and the small cabin sat still and gloomy in the valley; no smoke rose from the chimney. Silas stood at the crest of the hill, puzzled by the sight before him. No candlelight; no sign of life. After the miles he had walked, after years of dodging bullets and sabers, living in war’s squalor, he had foreseen a different homecoming. Thoughts of his Ava had traveled with him every day since he’d left this place, each night, as he drifted toward dreams. He had smelled her sweet hair, the vanilla she wore at the nape of her neck, remembered the light silkiness of her soft skin against his and gazing into the gravity of her hazel-green eyes. He remembered the curve of her bosom and the gentle swell of her waist, with their first child sprouting in her womb. He had yearned for years now to hold her in his arms again. Their child would be four now.

Silas found it hard to move from the spot where he stood. Where should I go? Where are they? He pulled his leathered flask from his sack and poured the last drops of whiskey down his scorched throat, then began his descent toward the empty house. It was still his home and may hold clues. A missive may lie on the table.

The final battle at Petersburg had been fierce and, it seemed, endless; the dead, both grey and blue, scattered about the field as far as one could see. Those who had not been so lucky lay in agony; death moans sometimes still echoed in Silas’s ears. On a sunny spring day, the medics saved those they could. The scene did not reveal that the battle had been won. Those who remained were not the eager men they had been when they left home to take up arms, but fragile shells that had once held a zeal for life like the empty cockle that laid still on the beach. The President released the remaining soldiers in early June, and Silas had been walking now for more than a week, sleeping with others near one campfire after another as they traveled home, some to the south and some to the north. A friend of his had been captured at Gettysburg. He prayed he lived to return home to his family near Reading. Silas was one of the lucky ones, with an injury to his arm that healed quickly enough to avert the loss of his limb, unlike so many others. Those he’d left at the main road were hungry, shattered—but the war was done.

Meadowlarks and red-winged blackbirds sang for the dawn just beyond the horizon. Their song was Silas’s only welcome. He pushed the door, pushed hard and finally it opened. Rodents scattered with a flutter followed by silence. The home reeked of a vermin presence, but nothing more. In the blackness, Silas found a candle and, taking a flint from his pocket, lit it, and with the flame lit an old Betty lamp on the kitchen table. There was no electricity in rural Maryland, nor was there elation to be seen with the light. The flickering flame revealed tossed chairs and dust cloaking familiar objects around him. No letter lay on the table, only layers of powdery grime and dishes left hastily and scoured clean by critters finding comfort in Silas’s cabin.

After six days the little house in the woods was cleaned, the well pumped; Silas pulled invading creeping oxalis and purslane from the yard and through the garden, revealing sprouts of onions and squash sprung from seed. He washed laundry, his own as well as the bedding. He ate one fine meal when he shot two quail in the woods. But, still, there was no sign of his wife. On the seventh day, there was a knock at the door.

“Silas? Anyone home?” It was William. William was Silas’ s cousin who lived beyond the woods in the town of Elkton.

“Silas,” he said, as they hugged each other. “I didn’t know you were home, not ‘til I was huntin’ and saw smoke coming from your chimney. I just got home last week; come from near Harper’ s Ferry when Lincoln let us go. You? Where’ d you come from?”

“Near Petersburg. Your family okay? I can’t find Ava. She’s plainly been gone awhile; the house was a mess.” William saw Silas’s eyes dampen with worry. “Have you heard anything of her?”

“Damn, Silas. Where is she? Mary and the kids are back home. Her pa took the family to Wilmington, to their farm near the city, shortly after I signed up.”

Silas sat in the chair at the table, his head in his hands.

“I think Mary asked Ava to come with her. But we both know how Ava is. Stubborn?”

“Well, her folks are gone. Where would she go? Ava said she’d be fine. She knew how to use the shotgun, and she had Percy here. Living in the barn and helping with the horses. They’re gone too. Percy and the horses.”

“Can you trust Percy?”

“Sure. But he’s just a young’un. Only fourteen when he came to help us at the farm and damn lucky the Army didn’t take him. Guess he’d be about eighteen now.”

It was late in the afternoon on a hot August day when Silas saw a roan approaching him, at the foot of the hill. As the horse neared, he saw it was Ava. His heart almost stopped with joy. A garden thick with vegetables and an unfamiliar black stallion running in circles within the fence greeted Ava. Someone was home, she thought. Ava prayed it was Silas. What would I tell him?

Ava guided her roan through the meadow, and then she saw him. Silas. Running towards her through the tall grass.

“We are home, Silas.” She unbound the small child in her lap and handed her to Silas.

“Home,” and the tears spilled from her eyes and would not stop as she dismounted the roan.