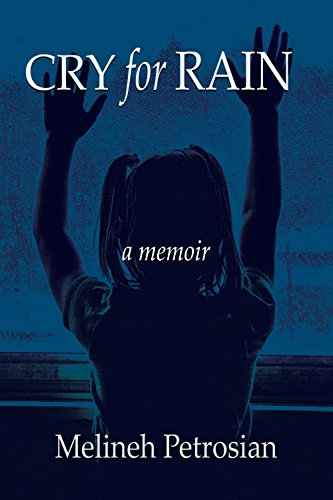 Ariana’s bitter childhood battles with the outside world and her narcissistic mother threaten to consume her soul.

Cry For Rain by Melineh Petrosian has received the 2019 Best of Texas Book Award for Memoir.

As a Christian minority growing up in Tehran, Iran, Ariana faces harsh physical and emotional abuse from her mother and witnesses the same pain inflicted on her siblings. Her daily awakenings leave her unguarded against her mother’s wrath.

Despite this, Ariana’s only true safe haven comes fleetingly in the presence of her loving papa, Jacob. However, he is often away for weeks on end as a truck driver, leaving her constantly yearning for his return.

“You know your mother loves you very much. If she punishes you, it’s not because she’s mean. It’s not her fault. She is a nervous woman who cannot control her anger.”

As she grows up, her search for hope is what she holds onto as she struggles to not only survive her mother’s tirades but the loss of friends and family in terror attacks and political involvement during the revolution, the drastic regime change to an Islamic government, and a city embattled with Iraq. 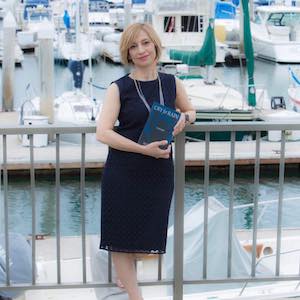 Melineh Petrosian was born in 1963 to an Armenian family in Tehran, Iran. Despite being suppressed regularly for her talents, Petrosian’s love for poetry and narrative writing has been a constant through the years.

Finding published status in several Farsi magazines, she finally penned her first book, the bitter yet poignant tale of growing up in a war-torn country and home, from which she finally escaped.

Petrosian legally immigrated to the United States in 1987 after living in Greece for almost two years.

Today, she is actively involved in both the Houston Writers Guild and a writers’ critique group and is a staunch advocate for children of abuse.

She continues to broaden her education by participating in various writing classes.

Ariana had me in the first chapter. I couldn’t put the book down. I wanted to read and see how Ariana faced each challenge in her life. From being in an abusive relationship with her mother to her forgiveness of her mother.

Reading about the tender moments with her sister to her loving, tender relationship with her father. I could hear her voice and empathize with her. I wanted to help her.

So gripping, a story of every kind of survival from living in a humble home, having lost her religious freedom, war-torn Iran and fleeing her home.

Through it all, she still sought God and peace in her quest for freedom in America, an immigrant who worked hard. I wanted to read more.

A life of adversity challenged by the spirit of a girl, her love of her siblings, fam, ly and Christianity, she overcame all. Abuse, death of friends, war, religious persecution…bravo!

Please click HERE to find Cry for Rain on Amazon.