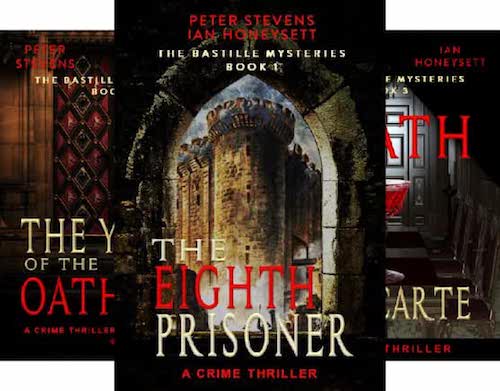 A fascinating, historical crime thriller, an ominous journey into the French Revolution.

Peter Stevens and Ian Honeysett have known each other since they were students when they wrote and staged comedy reviews together.

When they both retired, they decided to resume their writing partnership with a series of historical thrillers combining their mutual love of history and (purely fictional) crime.

The result is the Bastille Mystery series set during the French Revolution. They have just published the fourth book in the series: Dead Radical.

Apart from writing, they lead somewhat different lives. Ian is married to Jan with 3 children and lives in Godalming, Surrey. His other interests are painting and playing the ukulele.

Pete lives with his partner, Liz, in Walthamstow, London and enjoys cricket, theatre, badminton and chess.

A desperate man stalks his faithless wife, but all he achieves is getting his own throat cut.

This is the first of a series of murders as Paris explodes into the French Revolution.

The Eighth Prisoner is a Standalone Historical Crime Thriller that proves murder and murderers are not surplus to requirements, even in the Age of Terror.

Side by side with events such as the Storming of the Bastille and the Women’s March on Versailles, a conspiracy weaves its way through French society at the highest and lowest levels. But who are the conspirators and what are their aims?

A cynical, possibly corrupt but brilliant Inspector of Police.

A dedicated, but flawed Priest.

And a Young Woman, coming of age as the world around her changes forever.

Together they struggle against time and a ruthless hidden enemy, to solve an increasingly baffling series of murders. 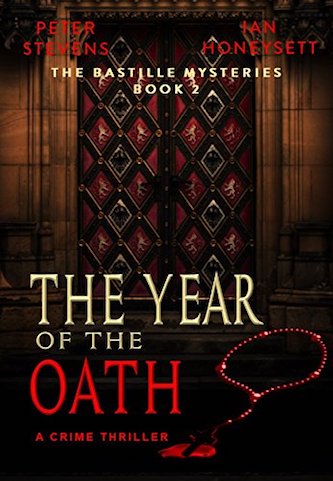 The Year of the Oath

Someone is killing members of the clergy in increasingly bizarre ways. Rouget Maison and Inspector Drabert must find out who, in this gripping, fast-paced crime thriller set in the French Revolution.

It is 1790 and the French Revolution is moving fast.

Catholic Church property has been nationalized and is being sold off to reduce the vast state debts. Monastic orders have largely been dissolved. King Louis XVl has been forced to accept the changes.

Now, all clergy are being required to swear an Oath of Allegiance to the State.

Pierre Reynard, now promoted to Canon, struggles with his conscience over whether to take the Oath. Many of his colleagues have refused and been expelled from France. Resistance is brutally crushed.

Against this background, as though things were not bad enough, members of the clergy are being murdered, so fuelling the unrest. There are numerous suspects including a female assassin and a most unusual giant.

It is Commissaire Rouget Maison’s task to stop the killings and arrest the murderers. In this, he is assisted by a new young, radical policeman, Inspector Jules Drabert, and obstructed by an old rival, Inspector Anton Fevrier, who hates everything the two of them stand for. 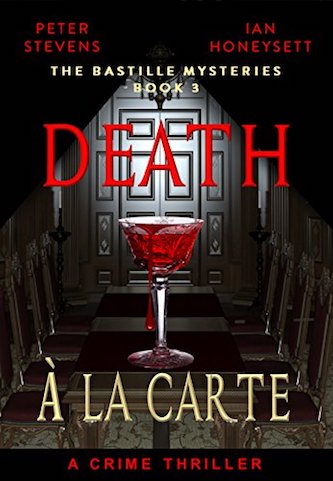 An ancient poison is resurrected as a ruthless struggle for control of the Capital’s dining empire begins.
Inspector-General Rouget Maison, aided by his young protégé, Christine Gilbert, and Doctor Dernes, comes under intense political pressure to catch the killer.

Paris, Summer 1791. As the Revolution gathers speed, one business is booming: Restaurants.
And where there’s money… there’s also murder.

One restaurateur, Maurice Rives, is burying his father who has suddenly died when he too becomes violently ill and collapses into the family grave screaming, “MURDERER!” But who among the onlookers is he pointing at?

Further deaths rapidly follow, as the ranks of restaurateurs quickly diminish. Panic and anger grip Paris, and Maison must quickly uncover a complex web of conspiracy, revenge, and betrayal.

As the body count mounts, no one is immune from the carnage – nor from suspicion. 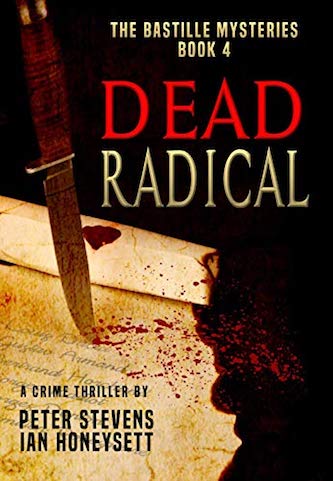 Summer 1791 and, for two years now, Inspector- General Rouget Maison, head of the Paris police, has been fighting an unseen opponent, “The Mastermind,” or as he calls himself, “the True Patriot”.

This ruthless, shadowy figure is dedicated to fighting everything the French Revolution stands for. He has considerable resources at his disposal and an extensive network of powerful people who share his views.

Inspector-General Maison has also been hunting Eloise, an accomplished assassin. She has been working for the “True Patriot” but is now being hunted by him, and the police, after failing to kill some of the key names on his list of those who “really need to be removed”.

The three-cornered pursuit comes to an explosive climax as the action switches from Paris, to London, to Marseilles and finally back to Paris again, leaving a trail of dead bodies in its wake.

Dead Radical is a standalone novel but, to get the full Bastille effect, readers might wish to read the four books in the series in sequence: beginning with The Eighth Prisoner.