Author’s Showcase: That One Moment by Patty Wiseman 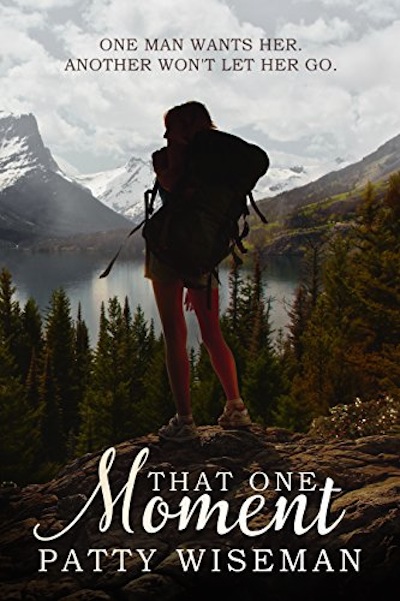 Ricki Sheridan travelled a long way to seek refuge at Wolf Den’s Lodge high in the mountains after a devastating betrayal. Heartbroken, she signed up for a survivalist backpacking trip to live off the land and forget.

Award Winning Author Patty Wiseman is a native of the Seattle, Washington area and attended The Wesleyan College in Bartlesville Oklahoma. Northeast Texas has been home for the past 35 years, along with her husband Ron.

An avid history buff with a weakness for a good mystery, she created the Velvet Shoe Collection of romantic mysteries, based on the true stories she heard as a child about her grandmother’s arranged marriage in the 1920’s. Fascinated by her rebel nature and brush with the darker side of life, her strength and ultimate triumph, Patty set about creating stories of intrigue and romance.

Other awards include: Essay contest 50 Great Writers You Should Be Reading 2013 1st place award for short story “A Summer Tale” with “Angie’s Diary” Two time winner in the National Novel Writing Month. 2007 and 2011. Two novels came from the those wins. Other books include a motivation book – Success Your Way.

She has just released a new contemporary romance – That One Moment

Patty has enjoyed features in Charm Magazine, Piney Wood Live Magazine, and White Oak Independent Newspaper, as well as television and radio interviews. A civic minded lady, she is a member of the Texas Federation of Women’s Clubs – Marshall Chapter, a Lifetime Member of the Worldwide Who’s Who for Professional Women, named VIP for 2013, a member and past secretary of East Texas Writers Association, a member of the Northeast Texas Writer’s Organization, and Texas Association of Authors.

In 2016 she was featured in the 19th Edition of Worldwide Publishing and the Sixth Edition of Pro-Files Magazine. The fourth Book of the Velvet Shoe Mysteries, An Unlikely Deception, was released in summer of 2016.

She like surprises, intrigue, and mystery, and loves sending the reader on a chase with a totally unexpected ending. Favorite quote “Find out who you are, then do it on purpose.” ~ Dolly Parton