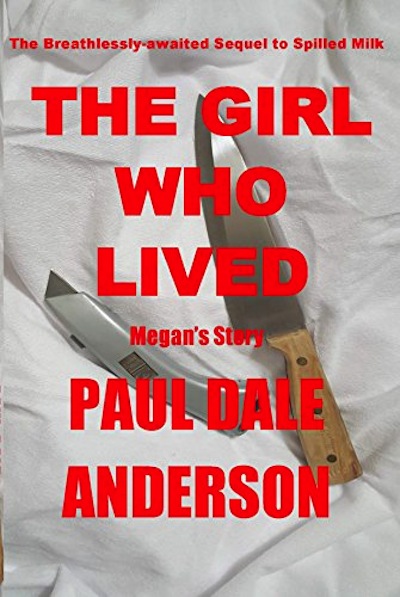 A fast-paced psychological thriller unlike anything you’ve read before.

Megan Williams returns to Twin Rivers after five years in a mental hospital to take final revenge on the men who raped and mutilated her. But the tiny Illinois town has grown into a bustling Chicago suburb near the end of the Metra line, and Megan isn’t the only serial killer now leaving dead bodies littering the streets.

Can Megan keep her sister safe and still exact her revenge? Or will Megan’s actions make Susan, Tim, and Elsie targets? The Girl Who Lived, the sequel to Spilled Milk, is a fast-paced psychological thriller unlike anything you’ve read before.

Not for the faint-hearted or squeamish, this is the story of what happens when a girl who was brutalized and left for dead gets a second chance at life. 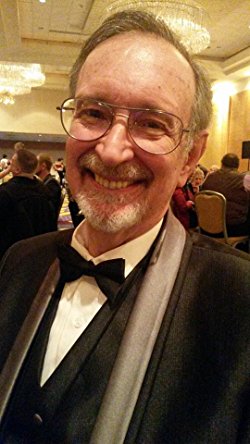 I love to read and write horror, dark fantasy, thrillers, and science fiction. I am an Active member of SFWA, HWA,MWA, ITW, and Authors Guild, and I was previously represented by Barbara Puechner of the Peekner Literary Agency. When Barbara died with my breakthrough novel still half-finished, I switched to writing non-fiction. I went back to college and earned an MS Ed. and most of a doctorate in Educational Psychology and I earned an MA in Library and Information Studies from the University of Wisconsin. I taught creative writing for Writers Digest School (both Novel and Short Story) and for the University of Illinois at Chicago.

I returned to fiction writing with a vengeance in 2012. I completed my breakthrough novel and seventeen other novels, and I began writing fresh fiction that crossed genres.

Two of my published novels, Claw Hammer and Daddy’s Home, sold very well, and Crossroad Press released new digital editions of those titles and others. Several of my anthologized short stories have reappeared from major publishers and I still receive royalties when they’re republished or from e-sales. One of those short stories that I adapted to graphic novel format was recently rereleased in hardcover and paper in J. N. Williamson’s Illustrated Masques.

I am also a Certified Hypnotist and National Guild of Hypnotists Certified Instructor.

Review by Roger Dale Trexler:
Like a fine wine, Paul Dale Anderson’s fiction gets better with age. He writes in a way that draws you into the story, makes you feel for the characters, and you feel their horror firsthand.
The Girl Who Lived is just the latest glass of wine poured from this fine writer’s imagination, and you won’t regret taking that first sip.