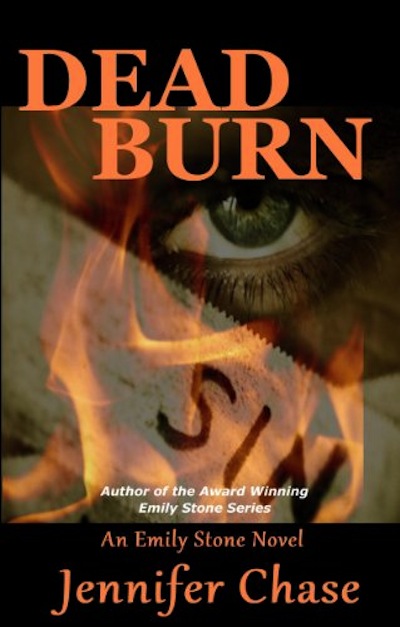 A gut-wrenching, nerve-wracking thriller that will keep you glued to the edge of your seat from start to finish.

Terrified California residents face the shocking dilemma of yet another serial killer roaming freely in their neighborhoods. However, this time it is an evolving serial killer anomaly that relentlessly searches for, hunts down, and ingeniously traps his victims before unleashing his fiery rage. Always two steps ahead of the cops and fire investigators, the killer hones in on the next sinful target leaving a trail of bones and ashes behind as evidence. It rocks the criminal justice system to the core as a string of arson murders hits inside their turf.

Vigilante detective Emily Stone hunts serial killers and child abductors, covertly and under the law enforcement radar, with her intrinsic skills of criminal profiling and forensic investigation. With Stone’s toughest case yet, the arson serial killer immediately crosses her radar and sends her into the dark territory of a lethal pyromaniac’s mind – to the point of no return.

While following the clues of the relentless firebomber, Stone grabs the attention of a government anti-terrorist organization called GATE that oversees all law enforcement cases across the U.S., which now focuses their sights on her proven abilities. They have very specific plans for her, whether she likes it or not.

Everything teeters on the edge of reality, as Stone must battle for her life between a hired assassin and an arson serial killer. Lines are drawn on both sides of the law. Friendships and lovers are tested.

Everyone sins… Are you willing to pay for yours? 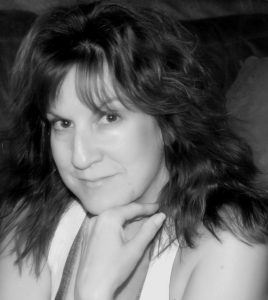 The love that author Jennifer Chase has for books and writing began with the weekly trips that her mom would take with her to the local library. Jennifer would load up her arms with books and spend the week pouring over them until the next visit brought the opportunity to discover even more authors and stories. Before long, she was taking pen to paper and a lifelong connection with creating characters and plotlines was made.

Jennifer has found her niche in the writing world by integrating another passion, criminology, into her work. She holds a bachelors degree in police forensics and a masters in criminology, academic pursuits that developed out of her curiosity about the criminal mind as well as from her own experience with a violent sociopath, providing Jennifer with deep personal investment in every story she tells. She also holds certifications in serial crime and criminal profiling and is a proud member of the International Association of Forensic Criminologists.

This research background has assisted Jennifer in writing multiple crime thrillers, including Compulsion, Dead Game, Silent Partner, Dark Mind and Dead Burn, earning multiple readers’ choice awards and other accolades along the way, including a recent gold medal awarded for Dead Burn by a panel of professionals in the publishing industry as part of the International Book Awards. She also has published a non-fiction book, How to Write a Screenplay, which offers a step-by-step guide to this special craft. In addition to her own writing work, Jennifer does some consulting work in the criminology field.

Jennifer Chase was born and raised in California and still lives there with her husband, dogs and cats. In addition to writing and consulting, Jennifer enjoys spending time outdoors, both at the beach and hiking, and engaging in some amateur photography.

Dead Burn by Jennifer Chase is at least the fourth Emily Stone thriller skillfully woven by the author. In this episode Emily is trying to figure out a serial killer arsonist, whose method of trapping his victims in some situation from which they cannot escape before burning them to death seems to be evolving with each new murder.

The victims in this case are a rapist who was released due to lack of evidence, his cheesy defense attorney who has built his reputation getting similar cases dismissed, the judge who let the rapist go along with his only daughter and her husband, the private investigator who helped produce the lack of evidence, the Assistant District Attorney, and the Jury Foreman. The intensely personal and painful ordeals Emily goes through to finally stop the killer are more than sufficient to make you and Emily wonder why she continues in this line of work.

Dead Burn is a gut-wrenching, nerve-wracking thriller that will keep you glued to the edge of your seat from start to finish. Multiple sub-plots threaten Emily s life from directions she doesn t even suspect until after she has managed to elude them. If you like thrillers, get this book, a bottle of antacid tablets, and clear your calendar for a few days so you won t be interrupted.

Advise your family that you are not to be disturbed, under penalty of your wrath if they do disturb you. Then prepare yourself for an emotional roller coaster that will challenge your stamina. This is a story you will not soon forget.