I am not the characters in my novels even though I do love and understand them whilst they follow me like lovely shadows through my life.

In 2007, I published a novel – Dethroned, a saga of three generations of three families over a period of about 100 years. It goes into their destinies in the wars that played on the territories of ex-Yugoslavia. The main character is a gifted, moody poetess, a beautiful hermetic young woman called Pia Odak.

Many friends, back in my hometown of Rijeka and many friends here in Sydney bought and read the book when it came out. Again, those who knew me a bit better, immediately said that it was the story of my life, that I was Pia Odak. 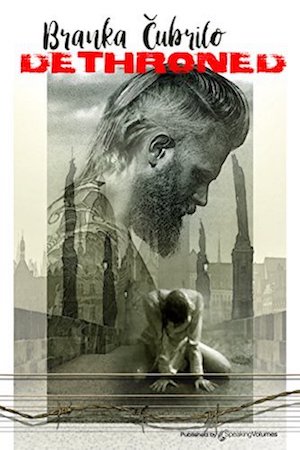 They said they had found so many similarities between my own persona and Pia – the character. Pia Odak was just a fictional character, someone who came to my mind, my psyche one morning pleading with me to write her story down. I didn’t know what her story was, but willingly or unwillingly I had to bring it to the world regardless of how difficult that period of writing was for me.

I had lived Pia’s life, I breathed Pia’s air, I read her mind, I wrote her poems, I fought her demons, she almost destroyed my fragile peace and dragged me through many trying situations and emotions.

My daughter would say that she ‘hated Pia’ because she ‘hijacked’ me. But I harboured her in my chest for two years, giving her the right to dominate my life. When I did all of that for Pia, when I wrote the story thoroughly and completely, when I published it, people read it and called me – Pia.

So how much of this character is the actual author? It is hard to say because she originated from the same place as I originate from, she travelled through the world in the same places I have, she lived in Sydney for a while, she was a poetess, she lived a quiet, almost selfish life but without actually being selfish as she was just happy in her own company…

People said they recognised me in this, and my daughter often says, “Mum stop being Pia now” when I do something annoying that she doesn’t agree with. All I can say about that solitary and slightly tragic character who searched for divine and deeper meaning, for the truth or for God within her – is that I loved and understood her whilst she was my shadow, following me unceasingly. I am grateful that I had the opportunity to create or discover such a strong, just, and independent character who was able to endure many adversities and stay gracious and unmoved by the world.

Of course, I was exhausted by such a long and demanding novel, and I wanted to create a little bit of fun in my own life afterward. I was in search of something uplifting and entertaining, which is something I rarely seek out, but I needed it.

I found Tango and started frequenting classes where I found the kind of lightness that I was looking for. My readers, by now, know that my latest collection of short stories is called Three to Tango and Other Tales. 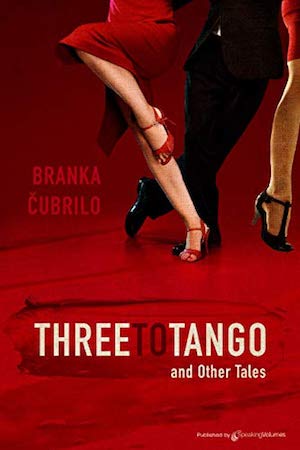 The main character Tatyana, aka Tattee, is a renowned Russian Opera Diva who grew up in Moscow, who regularly performed in Madrid, and after settled in New York with a contract to perform at the prestigious Metropolitan Opera House.

Tattee is an enigma. She is a well-educated, well-mannered woman, she never shows that she is above others, she is modest in her own way, yet she is distant. Ahe never reveals who she really is, she doesn’t wait for anyone, and she doesn’t complain or explain! She lives for her music, plays by her own rules, and more often than not gives the wrong impression of herself…

When people read the stories about Tatyana, they told me straight away, “But Branka, you are Tattee. She is such a great portrayal of yourself.”

Again, I denied it. I am not Tattee. She is just a character built on my own experiences whilst being a part of the small Tango scene in Sydney. Yes, I can admit that I have a fun side of myself, a young girl who lives to dance, flirt, to be a bit cheeky, and to occasionally charm. But I am not an opera singer (or musically inclined) nor Russian. All similarities of me in the novel are unintentional.

There are some other characters where my closest people, especially my mother and daughter, recognise traits of myself, but I usually give them just a small, coy smile, or say, “No, I am not’ or even better, “don’t insist.”

When it comes to characters, I can say that an author, or in this case I, write best about what is familiar, though I don’t limit my thoughts, it doesn’t just stop there, I do explore other characters, male characters often who are so different to my lived experience. This was just a little meditation or explanation on three female characters that I am most often asked if they were based on my life, on my own traits, or own experiences.

Please click HERE to find Three to Tango and Other Tales on Amazon.