From the Archives: Characters no one forgets 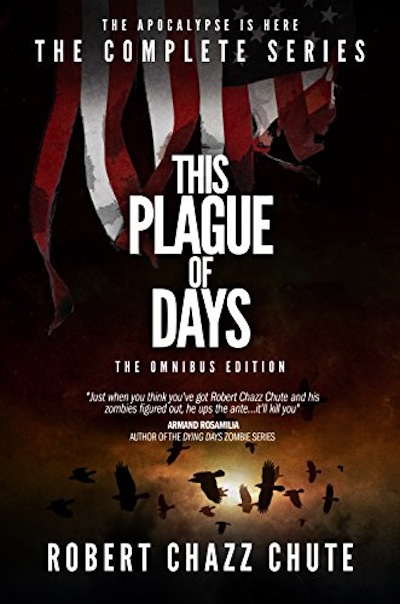 Good characters have secrets they are trying to keep from the other characters. For instance, there is no major character in my zombie apocalypse, This Plague of Days, who does not guard a secret that’s contributing to the hullabaloo. Plenty of room for conflict there. Secrets are hard to keep and the longer they’re kept, the bigger the explosion when the secrets are revealed.

2. Good characters do not get along. In This Plague of Days, the matriarch is a Christian. The patriarch is atheist. They love each other, despite their differences, but it makes for some friction and they cope with problems much differently. They also begin to come closer to the other’s position, so rather than getting preachy, it’s an exploration of how people cope in a crisis. These details make them relatable so readers care about them.

3. Good characters have competing motivations. In Bigger Than Jesus, my Cuban hit man kills for love. Competing characters want power, sex, money and vengeance. All those characters are after the same thing for different reasons, so tension is built as allegiances are broken. 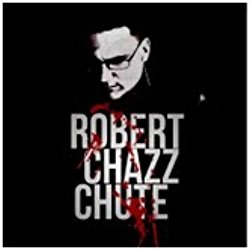 4. Good minor characters don’t know they’re minor characters. Everyone is the star of their own movie. If your henchmen might as well have the labels “Heavy Number 1 and Number 2″, give them more life history. I have a bad guy, a drunken marauder, in Season One of This Plague of Days you don’t really get to know. He wears a wedding dress into battle (stolen from the protagonist’s mother.) It’s a brief brush stroke that lets the reader figure out the rest as to where that guy is coming from while fueling reader outrage.

5. Good characters are conflicted and can change. Sometimes, real people do in fact do something uncharacteristic. That makes them interesting. To make this believable, give them good reasons to change their behavior. With enough correct and detailed context, you can make the reader believe an out of character choice is logical at the time. Let a bad guy aspire to be a hero. Let a hero do something petty, just for spite (and the joke.) People who are too sure of themselves are often boring, unimaginative, predictable. I hate predictable choices in plots, don’t you?

6. Good characters, even heroes, make bad decisions that make them more interesting. As with Number 5, context makes this work. The reincarnation of Battlestar Galactica is a perfect example. You were probably rooting for the human heroes in the show, but they made terrible decisions all the time. Overall, that didn’t make them bad per se. It made them less predictable, more interesting and more human.

So, for instance, victims who are chronically bullied are tragic figures. Push that victim too far and they can fight back believably. If the bullied person overcorrects and becomes a bully or a killer, or fights back and fails, that’s even more interesting. The reader will expect them to triumph. You could give them that happy ending, but don’t deliver it too quickly or in a way they can anticipate.

In The Dangerous Kind (ahem: my novella found in the huge collection of short stories, Murders Among Dead Trees) a boy forms a plan to murder his abusive older brother on a hunting trip. Complications ensue and his resolution comes in a way neither he, nor the reader, expects. No spoilers. Just go read it. You’ll love it.

7. Good characters have conversations. I’m already mentioned Tarantino recently as the apex writer of tangential dialogue, but there are many examples. Think of Tony Soprano’s conversations with his therapist or all the geeky arguments about Star Wars and comics stuffed into Kevin Smith movies.

Bigger Than Jesus, for instance, is stuffed with movie references. I didn’t do that just for the jokes. I did it so readers who were uncomfortable rooting for an assassin would discover they shared a lot of common ground with my luckless Cuban hit man. The Hit Man Series works because, despite what he does for a living, Jesus is always trying to escape his life in the Spanish mafia. He’s actually very funny and loveable. Throw in a tragic childhood and all those little conversations really aren’t tangential at all. They’re the key to the character’s choices. That connects him to readers.

8. Good characters have depth. Anybody can write a scene with two hit men disposing of a body. I’d write that scene with the details you’d expect, I suppose, but I’d have the assassins argue over the Obamacare while pouring concrete.

In This Plague of Days, we learn how a deadly octopus leads to Dayo’s migration to England. When the Sutr virus outbreak hits and Buckingham Palace is attacked by zombies. I want you to know who Dayo is and why she got that way. You don’t have to do a ton of research to give every character a rich family history (and if you do, I don’t suggest you use it all.) Give us just enough to make them feel real and just enough for us to feel like we’re witnessing a friend’s death when you murder them horrifically. (Attention Plaguers: I’m not saying Dayo will die in Season 3. I’m not saying she won’t. I’m not saying. You will find out her last name in Season 3, but that’s all I’ll promise.)

9. Good characters have physical problems. Most heroes in action movies get a scratch high on the forehead, even after a couple of hours of near misses, crashes and mortal combat. Picture wounds in most any old movie with Bruce Willis and Harrison Ford. All that fighting and not one chipped tooth? Really? Not one broken hand after all those haymakers? That’s why everyone remembers Jack Nicholson’s cut nose in Chinatown. He dared to look bad for the camera.

In Bigger Than Jesus, Jesus Diaz has the snot beaten out of him from the beginning. I’m trained in pathology, so physical ills turn up a lot as I give characters more barriers to their goals. I made the hero of This Plague of Days an autistic selective mute. In Vertigo, Jimmy Stewart’s goals wouldn’t be so tough to deal with if he didn’t have…you guessed it…vertigo. In Rear Window, he’s got a leg in a cast when the villain comes to kill him. Mo’ problems = mo’ thrills.

10. Good characters are familiar, but not necessarily archetypal.

Shiva, in This Plague of Days, is the Snidely Whiplash of the story. She’s a big character who, in the movie, will be played by Helena Bonham Carter or some dark beauty from Bollywood who isn’t afraid to chew the scenery. The whole moustache-twirling bit is archetypal. However, when her secret is revealed, we understand why she wiped out a major chunk of the world’s population and why she thinks she’s doing the right thing as a bio-terrorist. Her motivations are pure even though any sane observer sees her as pure evil. Before we’re done with This Plague of Days, you may even feel sorry for her. Sure, she’s a vain bitch, but so’s your sister and deep down, you still love her.

Here’s the thing about familiarity.

I don’t suggest you do as Larry David did, modelling the character of Cosmo Kramer on Seinfeldon an actual person. That sounds like a lawsuit in the making. However, take your crazy Aunt Sadie’s Red Rose Tea figurine collection and make it the fancy of the brutish pro wrestler you saw on TV once. Take information, life experience, Wikipedia and expertise you possess and put it in the blender of your imagination. Find their combinations and permutations. Come up with something new, familiar, yet not clichéd. Don’t make your character recognizable as a family member because Aunt Sadie will sue. She’s crazy, remember?

We are surrounded by fascinating characters. Write them and build something fresh.

Please click HERE to purchase This Plague of Days.