Alan McDermott: One of the Top Ten Military Thriller Writers You Need To Be Reading

McDermott blends fact and fiction masterfully, pulling the reader into a story that’s both utterly absorbing and terrifyingly possible, not letting go until the last of the smoke clears.

Alan McDermott is a full-time author from the south of England, married with beautiful twin daughters. He used to write critical applications for the NHS, but now he spends his days writing action thrillers.

His debut novel, Gray Justice, has been very well received and earned him membership of http://independentauthorsinternational.org. He was subsequently picked up by Thomas & Mercer, who published his first 10 books.

Alan’s 7th novel Trojan was shortlisted for an ITW thriller award, and his 8th and 9th books were published in 2018. The 10th, Fight to Survive, was released in June 2019.

The reading order of Alan’s books can be found at www.alanmcdermottbooks.co.uk

When the body of an MI5 operative is found floating in the Thames, police frogmen find a significant clue nearby: Nikolai Sereyev, an MI5 informer and mid-level player in a Russian criminal organisation. Both men have been brutally murdered.

Andrew Harvey is tasked with finding his colleague’s killer and quickly uncovers a plot to assassinate a visiting dignitary on British soil. No sooner has he scraped the surface of the case than the tables are turned and he becomes a pawn in a game of international brinkmanship that leads all the way to the Kremlin.

Harvey’s girlfriend, Sarah, also a secret service operative, is hot on his trail, but when she too becomes compromised, security chief Veronica Ellis knows there is only one man she can turn to. He’s a loose cannon, but she needs his help to rescue her agent and prevent a full-blown international incident.

The trouble is, Tom Gray has gone to ground. Finding him is just the beginning. 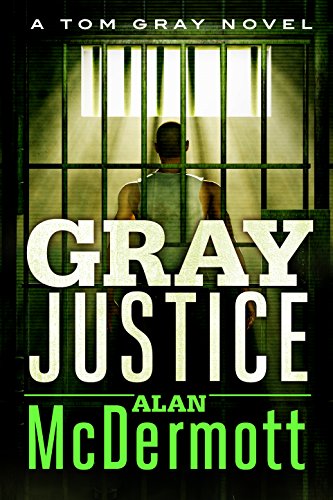 When ex-soldier Tom Gray loses his wife and child to a career criminal, it seems life can’t get much worse. But when the killer is let off with time served on remand, Gray knows there is something fundamentally wrong with the justice system.

Engaging the help of his ex-SAS buddies, he kidnaps five repeat offenders and asks the public to vote on their fate: Should they be allowed to continue their criminal ways with inadequate punishment, or has Britain had enough?

His website attracts a worldwide audience and, although the authorities know where he is, they are powerless to stop him.

Can Gray carry out his audacious plan? Will Andrew Harvey and his fellow MI5 operatives find a way to stop him?

Gray Justice, the first book in the Tom Gray series, is more than a simple tale of revenge: it’s a rollercoaster ride with an ending you’ll never forget.

She’s working for her enemies. Or so they think…

Ex-CIA assassin Eva Driscoll has found a new life in Australia and believes she’s outrun the Executive Security Office, the most powerful and secretive organization on the planet. But the ESO has been watching her every move and when they approach her with a high-risk mission in North Korea, Eva is forced to co-operate with the organization she once vowed to destroy.

But releasing a high-ranking defector proves costly, and Driscoll is captured and imprisoned in a secret camp on the Chinese border. What she witnesses there will haunt her forever . . . so she decides to take matters into her own hands. But how long can she keep the ESO thinking she’s working in their interests rather than her own?

When her handlers become suspicious, Eva knows time is not on her side. Can she defeat the evil at the heart of the camp and get out alive—or will this final installment really be her last? 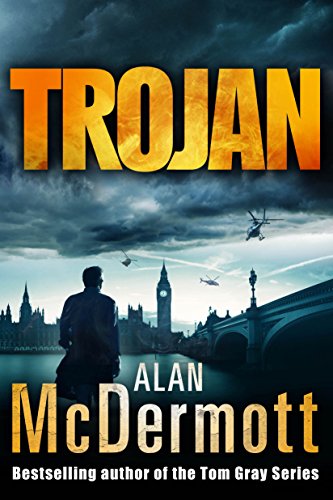 When the British Security Service learns that a horrifying new weapon is in enemy hands, agent Andrew Harvey is called in to track it down before it reaches home soil.

The clock is ticking. Andrew and his girlfriend, Sarah, also a secret service operative, have only one lead: a beautiful refugee, desperate not to lose her son. But is she desperate enough to betray everything she believes in? And will she do it in time to help them prevent a terrifying attack?

As Andrew and Sarah race to unravel a convoluted web of subterfuge and exploitation, they discover there is more at stake than even they knew. And somewhere, at the heart of it, lurks a faceless enemy, who is prepared to use everything—and everyone—at his disposal.