The Unexplained: The Mysterious Murder in the Wych Elm

One of the braver boys climbed the tree and found a human skull staring back at him!

A Wych Elm is an eerie-looking tree.  An especially bizarre example reminds me of the hairstyle of the man in Eraserhead—stiff and bushy.  In 1943, one of these trees would become the focal point of a murder mystery in The Midlands of England.

On this day, a group of four boys was spying on birds on the Hagley Estate.  Hagley Estate belonged to Lord Cobham and was not far from Wychbury Hill in Worcestershire.  As the boys crept up close to the strange, bushy tree, they spied a domed white object gleaming at them behind the dark branches of the Wych Elm.  What was it?  A weird white gourd?  Had it become the hiding spot of a pilfered and costly art deco light fixture? They cringed.  Could it be something more sinister and skeleton-y?

One of the braver boys climbed up to better inspect it and was alarmed to discover that the round object had hanks of hair and jagged teeth.  A human skull was staring back at him!

The frightened boys ran away.  They would not tell anyone of their frightening discovery.  They had been trespassing on forbidden territory, after all.  One boy was in awful misery, waffling back and forth.  He could not keep still about it.  He told his parents.

The police decided they must investigate Lord Cobham’s property.   Inside the thick branches of the Wych Elm, they found the skeleton of a woman, draped with pieces of clothing: a striped cardigan, a skirt, a peach-colored slip, crepe-soled shoes and a ring on one finger.

A few teeth were missing from the remains and one of the hands was found on the ground, a ways from the skeleton.  Forensic Examiner, Professor James Webster estimated the age of the female to be thirty-five. She was 5 feet tall and had been dead for approximately 18 months.  That would have put her death occurring about October of 1941.  It was possible that part of her peach taffeta slip had been used to gag her, causing her death.  She would have to have been put in the tree a very short time after death or her body would not have cooperated—to put it gently.

Police began searching records for matches with missing persons.  There was no likely candidate.  The victim had an unusual dentition.  They consulted dentists, but again there were no matches or likely candidates.

To make this case even weirder, in 1944, graffiti, about the discovery, started appearing in the area, at intervals:  Who put Bella down the Wych Elm? Appeared in several spots and Who put Bella in the Witch Elm, a variation on the first one was the most famous scribbling, placed prominently on the Wychbury Obelisk.

No one has ever discovered the true identity of the victim or why she was killed.  There have been several theories.  The remains were dubbed Bella because of a testimony offered by a local prostitute in 1944.  The prostitute was convinced that the victim was her friend and fellow prostitute, Luebella, who had disappeared three years prior.  They had both worked the Hagley Road area.  Since the graffiti artists had known to use the name Bella in their work, there is a theory that they had some deeper knowledge of the case.

Was Bella a spy with Nazi connections that had been executed?  Some subscribe to this theory, although there is no real evidence to back this up.

There are those that think the death of Bella was due to some type of Satanic sacrifice ritual.  They are convinced that the hand being found away from the body indicates her death was part of a ceremony known as the Hand of Glory that involves severing a hand.  Investigators scoff at this and explain that the hand was removed to its spot by wild animals.

Another wild theory explains that a man and his friend were on a drinking binge and picked up Bella who had gotten very drunk.  She passed out when they were carousing around in his car.  They decided to place her in the tree to teach her a lesson about her drinking.  They hoped she would wake up the next morning in the tree and be shocked into eternal sobriety.  They had no idea she was already deceased when they placed her there.

Bella’s skull has been lost in the shuffle of two separate facilities having possession of it.  As a result, they cannot make a facial reconstruction using the tissue depth markers that are so accurate.  All they have now are photographs.   The Face Lab at Liverpool John Moore’s University has done a forensic facial reconstruction of Bella.  I warn you, if you go looking around for it, it is a shocker. 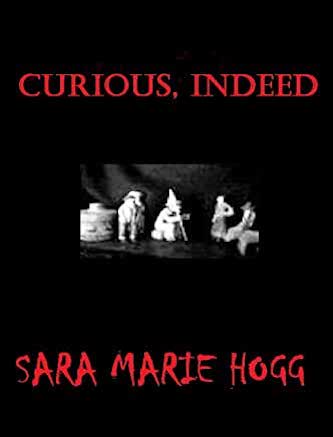