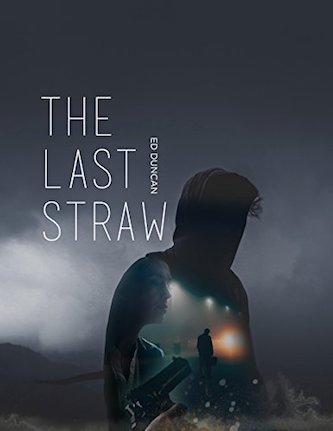 With danger looming in every chapter, The Last Straw is an action-packed and nerve-racking read.

When a teenage girl witnesses a carjacking gone bad, she is marked for death by a crime boss.

A lawyer and an enforcer forge an uneasy alliance to protect the girl from a hitman with an agenda of his own.

Soon after, Paul Elliott – lawyer and close friend of the witness’s family – begins counseling them and becomes entangled in the murder plot.

As the long-simmering feud between Rico – the white enforcer – and the hitman John D’Angelo reaches boiling point, bodies start to pile up in rapid succession… and old scores will be settled.

“Cut the bullshit and tell me where he is.”

Karen was out of gas. She stared blankly at Rico, so Bill spoke for the first time. “She said she doesn’t know.  So if you don’t mind, get the fuck out.”

“I’m not leaving until Karen tells me where I can find this guy Perry. I got no beef with you.  So unless Karen is your mother or your sister, my advice to you is to stay outta this.”

Anger flashing in his eyes, Bill took a step toward Rico.

“Which is it, mother or sister?” Rico said.

“You smart ass,” Bill said and inched closer, fists at the ready.

“Don’t even think about it,” Rico said.

But Bill kept coming. Rico stood his ground and, stiffening the expanse between his thumb and index finger to form a striking surface with the front edge of his right hand, he struck Bill flush in the Adam’s apple with a snap of his wrist.  The blow came so quickly that it had already landed before Bill could raise his hands in self-defense.

Clutching his throat with both hands and sucking for air, he dropped to his knees like a man plummeting from the gallows with a noose around his neck. Rico patted him down for a weapon and found none.  Bill then rolled over on his back, hands still grasping his neck, and continued desperately searching for air.

Denise looked on in horror, unable to move.  Karen jumped to her feet and ran and kneeled beside Bill, who was still having great difficulty trying to coax air into his lungs.  Rico turned his attention to her.  “His mother or his sister?”

Rico didn’t repeat himself.  Instead, he asked, “Who is Bill to you?”

“Am I gonna have any more trouble outta him after I leave here?”

“Then keep him away from me.”

“Now where can I find Perry?”

Please click HERE to find The Last Straw on Amazon.