Why do people go missing from our national parks? 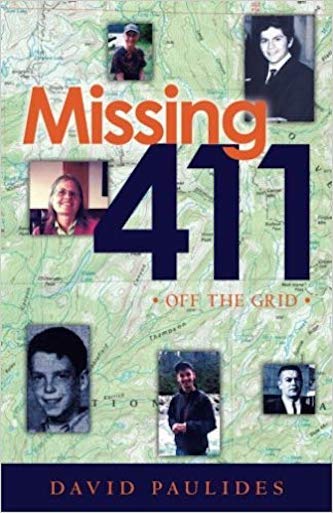 The disappearance of between 1000 and 1600 people from National Parks is hard to ignore.

The X-Files was an exceptional show about eerie and mysterious events, mostly fictitious.   On at least one occasion the theme of the show was based upon a true event.  It involved a vanishing that occurred in 1924.  There have also been documentaries on the tragedy: Joseph and William Whitehead disappeared from Glacier National Park in Montana, during that summer.  The FBI even got involved in that one.  Not a trace was found.

It has recently crossed my landscape of curiosity, that a former police officer has been writing a series of books called Missing 411.  One day, David Paulides happened to realize that volumes of people have gone missing from national parks since the National Parks Service was set up in 1916.

He was alerted to this oddity by two park rangers that he had befriended.  He began collecting mounds of data to track the disappearances and was deeply puzzled.  Paulides has encouraged the National Parks Service to create a comprehensive list of all the missing people.  It has been the practice of the Parks Service to let local law enforcement handle the disappearances.

Startling indeed was the disappearance of an actual park ranger.  He went missing in 1980 in the Chiricahua National Monument Park in SE Arizona.  True, the park was filled with dangerous and deadly pitfalls for a novice, but Ranger Paul Fugate knew them all and how to avoid them.

He went for a hike in his green and gray ranger uniform and never returned.  When he was never found, many thought he had come upon some illegal activity and was taken out to avoid being a witness.  The Park Service eventually offered a $60,000 reward for information.  There was nothing.

There are all types of dangers that could kill a person:  raging rivers, huge and bottomless caverns, tall cliffs and rocky peaks, man-eating animals, deep crevasses, and extreme temperatures.  Though these all can kill, it is unusual that these things never coughed up any evidence.

Rescue and cadaver dogs have been used many times but with little success.  One dog followed a promising scent, then sat down in a flowing stream.

Paulides has noticed some common denominators.  Many have disappeared near berry patches or boulder fields.  Many of the people were in top-notch physical condition.  On many occasions of disappearance the person was in plain sight one moment, heads were turned, briefly, then when turned back around the person or child was gone.

Yelling for them did no good.  On the rare instances where a body was found, it was often found in an area that had been searched thoroughly many times with no results.  Often it was found very far away from where the person was last seen.  Sometimes the lost person had removed some of the clothing they were wearing as if they had gotten suddenly very hot.

It would be tempting to dismiss David Paulides as a kook.  Before he started his Missing 411 research, he seemed overly interested in cryptids and the paranormal.  Hardcore skeptics cannot find fault with this former police officer’s research, however.  It is meticulous.  The facts are accurate.

He presents the evidence without drawing any conclusions.  He would like for others to be interested and get involved in helping him solve the mystery.  The disappearance of between 1000 and 1600 people from National Parks is hard to ignore.  The vanishings happen in clusters.  David had plotted the clusters on maps and the results are hard to ignore.

David Paulides has compiled another Missing 411 book and this one is about those missing in Canada.  One of the clusters there contains over thirty lost souls.