The Mysterious UFO Crash in Missouri 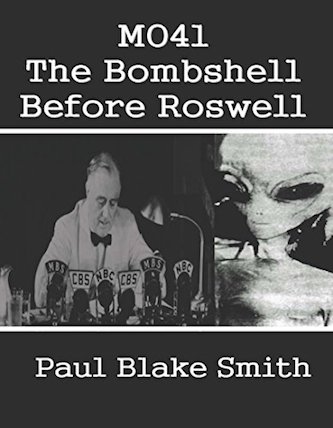 Instead of a wrecked plane, the reverend saw a damaged silver disc.  He stood there blinking.  It was all aflame.

Roswell:  If you don’t know what possibly happened there in 1947, you just may have been living in Onyx Cave.  To refresh memories, there was a purported UFO crash with witnesses, and aliens were possibly ejected.  What happened to the aliens?  There are several accounts.  Some say an alien lived for awhile, though badly injured.  Those in charge of the retrieval could not communicate effectively with the alien—they could not save it, either.  What was learned from the encounter?  One version of events claims that the bodies are warehoused still, underground, in a preserved state.  Who has seen them?

There was another fairly well-known UFO crash, happening much earlier in Aurora, Texas, 1897.  There too, an alien body of the single pilot was ejected, with no signs of life.  The believed-to-be true event makes for good reading, so you should read every account of it you can get your hands on.  The UFO may have hit a windmill on a farm, before it crashed.  The craft was spotted flying over Missouri and Arkansas earlier, by witnesses—eerie, indeed. The locals are protective of their alien which is buried somewhere in a cemetery nearby.  Parts of the craft were also buried with the alien, and parts of it were thrown in a well.  The well water then had mysterious and toxic properties for years.

There is yet another UFO crash with aliens, that I had never heard of and I am a native of the state where it happened.  April 2, 2016 was the 75th anniversary of the Cape Girardeau (Missouri) Crash of 1941, known as MO-41.  The chronicler of the event describes it as the first UFO crash in the USA, apparently unaware of the one in Aurora, Texas in 1897.  Was the Aurora crash the first?  Maybe not.  There may be a few we don’t even know about—there may be hidden wreckage on a remote mountaintop.  There may be wreckage at the bottom of the Great Lakes or other large bodies of water.  Other events may have happened before America was settled.

MO-41 all started when a Reverend Huffman received an emergency call from the sheriff’s office to deliver last rites to victims of a plane crash in the area.  An official car was soon out front to pick him up.  They traveled with great speed and covered the eighteen miles distant, to an area near Chaffee.

William Huffman was dumbfounded to see, instead of a wrecked plane, a damaged silver disc.  He stood there blinking.  It was all aflame, and all of the emergency personnel were struggling to put out the fire which was spreading to a farmer’s field.  Huffman glanced about to see that there was an alien collapsed and struggling to get breath.  It was apparent that two other aliens nearby had already expired.

When Huffman got his chance, and knew he would not be in danger from the flames, he gazed inside what was left of the craft.  The bank of instrument panels was inscribed with what he would call a type of hieroglyphics.   There were strange dials and knobs, bizarre in their shape.  As the Reverend was deep in contemplation—about the wonder of it all—a military unit from the Army Air Corps at Sikeston, nearby, rolled in and clamped the lid on everything.  That is how he later told it.   Pictures had been taken—one of a man carrying the body of an alien.  Secrecy was now required.  Any and all photos were confiscated.  Where are those photos now?

All of the witnesses were sworn to secrecy, and most of them kept their vows for a lifetime.  There were some who weakened on their death beds and spilled the beans.  How could they be blamed for deathbed ramblings, after all?  Many in the region had heard the legend of MO-41.  Over time, more and more people were convinced the legend was real—they knew people who had been there.  They are convinced of the authentic truth of the events and want those with any memories to come forward.  Did anyone see the photos or know their whereabouts today?  It is of utmost importance to those left behind.

One of the people who made a deathbed confession was the Reverend Huffman, himself.  He told his granddaughter, Charlotte and she was attentive to the stories.  She intimated that she had even seen a photo of one of the aliens.  She began relaying her grandfather’s deathbed confessions in the 1970s—to those she thought would listen seriously.

Do you have any information about the MO-41?  Have you heard a relative or friend give reports about it?  Do you know of any photographs or the event, either confiscated, or hidden away to prevent confiscation?  If you know anything there are many who would like for you to come forward.  Interested parties are gathering and cataloging information and any artifacts.  They hope to find answers, at last.