Has our planet already been visited by extraterrestrials? 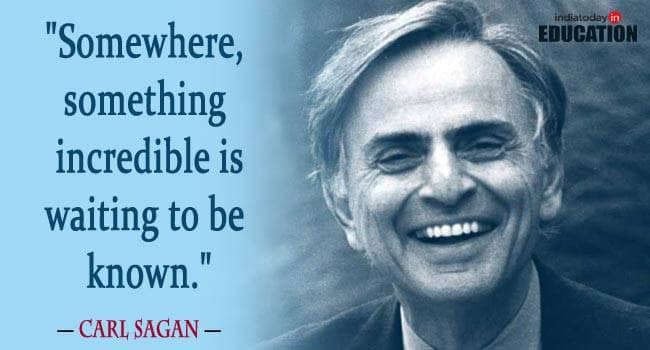 Have you ever heard of The Sagan Conspiracy?  I hadn’t.  The most likely place to have heard of it was probably a late-night radio talk show.  It is that bizarre type of subject matter.  What kind of conspiracy could there be about Carl Sagan?

The late Carl Sagan is much-respected and admired for his contributions to astronomy, science, and NASA.  He received many honors during his years on earth (1934-1996) including a Pulitzer Prize.  Not only did he know more about the cosmos than about anyone, he was able to explain it in an understandable way to regular ol’ people.  As one of the regular ol’ people deeply interested in outer space, I was glued to the television for his PBS series, Cosmos—and I have his wonderful book by the same name.

I have also read three or four of his other books.  He was entertaining and not stuffy.  He had a healthy sense of humor.  I have to skip over some of the mathematical equations he offers, but that is okay, many do.  In his non-fiction books, such as Cosmos, he offers a lot of tantalizing, what ifs, but he never even hints that our lovely blue marble planet has already been visited. 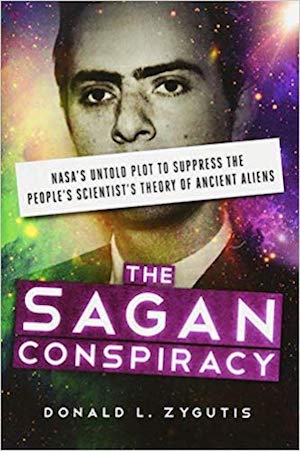 Last week I got another book catalog in the mail.  When I was going through it, a title popped up out of the page and got my undivided attention:  The Sagan Conspiracy, by Donald L. Zygutis.  I began to dig deeper.  I looked up the book on Amazon.  As far as book reviews go, there aren’t many four or five-star reviews.  Most of the reviews are one or two stars.  I read on to find out what the problem was.

His subject matter was believable and he was qualified to write about the subject, but he was able to do so in the first five or six pages of his book.  Readers complained that he then, restated the same information over and over again, to the end of the 208-page book.  Except for provided lengthy documents between the covers, his book could have been an article or short story.  The problem with his book, then, was his writing style.

The Amazon ranking for the book seems to hold its own, even with the negative reviews.  It consistently outranks excellent Indy books.  I hastened to find out what bizarre conspiracy about Carl Sagan Mr. Zygutis had uncovered.  There it was:  somehow, Zygutis had come across a paper that Sagan wrote when he was at Stanford.  It had been hidden for years.  Why should Donald’s account even be believed?  Who is Donald Zygutis?

Donald L. Zygutis made a study of the man, Carl Sagan for over forty years.  He was an expert on him.  Zygutis graduated from Corban University and lives in the Pacific Northwest.  Corban University is a private Christian school that was ranked fourth in Oregon colleges for 2019.  Zygutis also became a specialist in Extra-Terrestrial Intelligence, ETI.  He is a fan of science and philosophy.

He learned that NASA had funded Sagan’s research and paper-writing project at Stanford.  The scientists at NASA were well behind the project until they read the final paper.  The subject matter was too shocking.  According to Zygutis,

NASA squashed the paper, would not let it see the light of day.  They were afraid of what would happen to our culture, government, and religion if Sagan were able to encourage the spending of money to find artifacts and other evidence to prove the premise of his paper:  that our planet had already been visited by extraterrestrials.

Sagan’s Stanford paper appears in its entirety in the book The Sagan Conspiracy by Donald L. Zygatis.  The reproduction process resulted in a copy that is too blurry for easy reading—another complaint by readers, but with patience, it can be deciphered.  It seems genuine.

A quote by Sagan himself states:  “We assume there exists in the galaxy a loosely integrated community of diverse civilizations cooperating in the exploration and sampling of astronomical objects and their inhabitants… It follows that there is the statistical likelihood that Earth was visited by an advanced extraterrestrial civilization at least once during historical times.” –Carl Sagan, Direct Contact Among Galactic Civilizations by Relativistic, Interstellar Spaceflight

Sara Marie Hogg is the author of Curious, Indeed, true stories of the bizarre and unexplained. Please click HERE to find the book on Amazon.