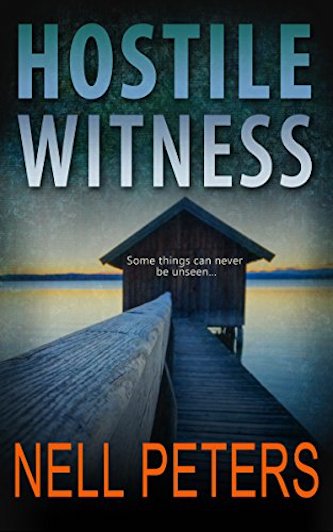 A really excellent thriller, a roller-coaster of a read. No one is safe and the killer seems to know her every movement.

When her husband leaves her and their sons to shack up with a younger model, Callie Ashton thinks she’s hit rock bottom.

Already unemployed and struggling to hold everything together, Callie’s life goes into freefall when she stumbles across the murder of a neighbour.

The killer soon becomes intent on despatching Callie too, wrongly assuming she can identify him.

Despite her new man being the officer in charge of the investigation, Callie’s in great danger – and it soon becomes clear the murderer isn’t too worried whom he kills or maims in his quest to eliminate her.

No one is safe and the killer seems to know her every movement.

Soon, with no resolution in sight, Callie feels she has no choice but to take matters into her own hands…but at what cost to her safety – and sanity?

The first thing I must say about this book – and this might surprise you – is that it’s seriously funny. As the bodies piled up, every ending more grisly than the one before, and the tension cranked up to an almost unbearable level, there was I, chuckling away to myself.

But I also must tell you that I read the last hour of this book on a train and, when I arrived at my destination with ten minutes still to go, I ran – and I really don’t do running! – along the platform to find somewhere to sit and read it to the finish. Now that’s clever writing.

In many ways, you could almost describe this book as a “cozy”, but that’s really doing it a dreadful disservice – there is gruesome blood-letting, some sex and violence aplenty, and a psychological tension that really takes it way out of that genre.

But it also manages to bring a smile to your face while the police place their tape around yet another crime scene. A “crime caper” sounds a bit rude too, doesn’t it? No, it’s actually a really excellent psychological thriller, but with a quite wonderful fresh and light approach of a kind I’ve honestly never seen before.

The characterisation is simply wonderful. I loved Callie from the very start – she’s centre-screen right through the book, a real person that things just seem to happen to, won’t be told what to do or what to think, speaks and acts then considers afterwards, and has an unfortunate way of putting herself and those around her in the line of fire.

I loved her relationship with David and with her friend Ginnie, and with the whole cast of vividly drawn characters she comes across in the course of the story. All the characters – no matter how peripheral – are perfectly rounded, but seen through Callie’s slightly distorted personal lens. And that’s where I’m going to stop – talking characters might be dangerous territory because I’m absolutely determined not to give any clues whatsoever as to how the story pans out or which of them might become “significant”.

As well as being highly entertaining, this book is a really excellent thriller, a roller-coaster of a read (with apologies for the cliché…) that keeps you guessing until the bitter end (and what an end!). During the course of reading,

I think I probably had every single person in the frame – but then again, so does Callie. It’s so very well done – almost more leads and clues than the mind can cope with, massive shocks and surprises, along with Callie’s reasoning, thoughts and changing theories.

Sorting out all the separate threads of possibility and keeping them all unspooling must have been tremendously difficult to do – and not only does the author manage it with tremendous aplomb, but simultaneously produces sparkling dialogue, characters that leap off the page and a relentless narrative drive.

Do try it – I really do recommend it most highly.