The Idle American: A Veteran on Guard 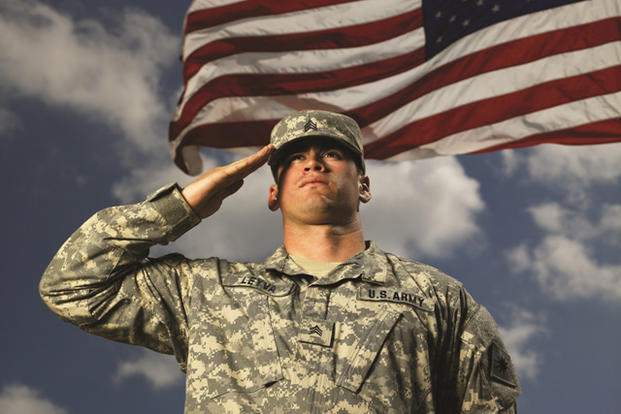 We 18-year-olds were still on our first package of razor blades, and some had never previously fired a weapon.

When the prospect of military service popped up, I didn’t know the National Guard from a cattle guard.

Generally speaking, that’s still the case, despite my having “served” in the Texas Army National Guard for nine years, not too long after muskets had been cast aside in favor of more effective firearms. More than 50 years have passed since those years sandwiched between Korea and Vietnam. My military training was confined to periodic evening and weekend drills, plus two weeks of more intense training each summer at Fort Hood. It was during an era of comparative peacetime.

Some of the troops were grizzled veterans, having served and experienced World War II horrors in the 36th Infantry Division. We 18-year-olds were still on our first package of razor blades, and some had never previously fired a weapon. Some civilians viewed us youngsters as “weekend warriors,” and with good reason….

This being said, after my final salute in 1965, I felt I had “signed off” on military service. It was “out of sight, out of mind.”

We sweated out the Cuban Missile Crisis, when the US was said to have missiles that could take out targets thousands of miles away.

Someone asked why we couldn’t use them on Cuba, a mere 60+ miles off the southern tip of Florida. “We don’t have any missiles that can hit targets that close,” one military chief mused….

In the past 55 years, it never once occurred to me that I was “due” any recognition for my nears in the National Guard. When asked if I’m a veteran by various store cashiers, I’ve always answered “no.”

By happenstance, I’m reconsidering my status as viewed through the eyes of some merchants. Some of ‘em think I am, and offer 10% discounts.

I owe such recognition to a young man cashiering at Lowe’s in Burleson; call him “Eric E.” He straightened me out the other day after I’d dealt with his “veteran question.” My response was that my service was limited to the National Guard, and he reacted….

“I’m in the National Guard,” he said. “And when I complete my obligation, I’ll be a veteran.”

I felt a bit weak-kneed, realizing that I had forfeited thousands of dollars in discounts over the years with my “no” answers to having military service.

Had I known, Lowe’s and I could have built even more “somethings” together…

All I had to do was provide proof of service. At first, this seemed to be a “tall order.” I didn’t remember my military service number, had no proof of discharge and only foggy memories of achieving marksman status with an M1 rifle.

I shouldn’t even mention the “rifle thing.” Some guys at the target range said that most of my rounds hit rocks nearby, with numerous fragments tearing into the canvas targets. They claim I was credited with the best fragment “hits.”

The search was on, at offices in Washington, St. Louis and finally Austin.

I hit the “mother lode” in Texas’ capital city.

Sure enough, I became a Guardsman on February 22, 1956, in Brownwood, Texas. After a trio of three-year enlistments, I attained the rank of SP-E5, whatever that is. I was a clerk typist and information specialist.

Don’t misunderstand. I am grateful to the tens of thousands of vets whose service dwarfs mine. Still, I now have documentation about my military service. Some may understandably question my 145-pound weight at the first “weigh in.” (That was 75 pounds ago.)

But at Lowe’s, I’m considered a military veteran.

Thanks, Eric. Without you, I could have died without ever knowing I was eligible for a discount!…