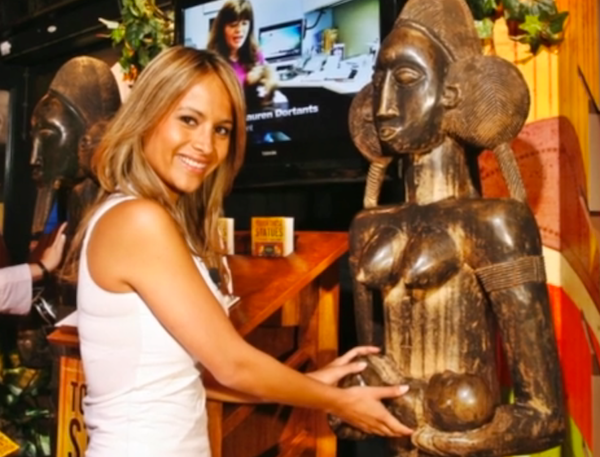 No one knows why or how the statues work, but they do and have been working for years.

I wrote a piece of short fiction a few years ago that wound up in my volume of macabre short stories, Blade Chatter.  I have published the book under the author name of Pairalee Pendleton and also under the author name Sara Marie Hogg.  It was an experimental book on my part to see if I liked self-publishing.  I did.  Another book that was more important to me would soon follow, within a year.

The story in the book, Blade Chatter, is about a tour guide at a Ripley’s, Believe it or Not museum that finds a way to help many people on the sly and takes full advantage of the opportunity.  The story, with the title Flip and Flap, has a passage that starts out like this:

The next day there was a long line forming outside the museum—to view  the two statues.  They would only be on display for three days, then they would be shipped to another city.  Most of the people waiting in line were young women.  The placard on display with the statues stated that they werecarved of ebony.  The male statue holds and avocado and a knife.  The female statue holds a baby.  Over ninety percent of the women who have touched one or both of the statues—women that are of childbearing age and are trying to conceive (and some who are not)—have become pregnant.  The two statues were originally carved in the ivory coast of Africa as fertility gods.

Though this short story is fiction—a macabre story in which a small portion of one of the statues chips and breaks off during the positioning of the display and is pocketed by Manny, the tour guide—the basics of the story is true.  No one knows why it works, but it does.  Many poor women who have not been able to conceive, some who have been tearfully and unsuccessfully trying to conceive for years, will conceive within a few months of touching the statues on display at whichever Ripley’s museum they reside.

As a result of brainstorm some Ripley’s genius had, the statues tour about the country so that the statues can benefit the most people.  The display at the museum, has another placard with an address, or some handy business cards of  take one convenience.  They have asked the women who touch the statues—women who have tried to conceive, that have not—to send a message to the Ripley’s address, or a postcard that informs them of a successful pregnancy on down the line.

You know where I am going with this.  The cards and letters to Ripley’s have rolled in for years and years.  They were from grateful women, women crying tears of happiness.  They were infertile women with names like Victoria, Melissa, Lauren, and Samantha.  They were now the mothers of healthy children.  Bouncing babies had been born to them only a few months after touching the fertility gods at a Ripley’s museum.  Some of the letters contain pictures of the children that were born.  Often there are pictures of stair-step children.

In fact, when the statues arrived at the Ripley’s headquarters in 1993, six employees at the headquarters were soon with child—all from the same office.

No one knows how it works.  It surely must be something mystical and magic that we don’t understand.  Maybe there is a psychological angle:  women who had lost all hope had been given a suggestion of hope and that was all it took a subliminal message was planted in the back of the head.

In my own fictional account, Manny decides to take the chipped off portion of the statue and allow private audiences to touch the piece of ebony wood.  He could have made a lot of money from doing this little side business, but it was against his religious beliefs to profit from such an enterprise.  He could not see any harm in the helping of broken-hearted people and was willing to risk his job over it, if discovered.

The two statues had residence at a Ripley’s less than ten minutes from my home for a year, then, they moved on to another Ripley’s.  As of this writing, the cute couple I call Flip and Flap are residing at the Ripley’s in Los Angeles.

Sara Marie Hogg is the author of Dark Continent Continental. Please click HERE to find the novel on Amazon. 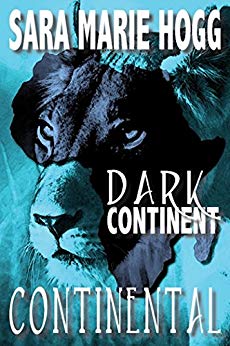