The Idle American: A Dream Comes of Age 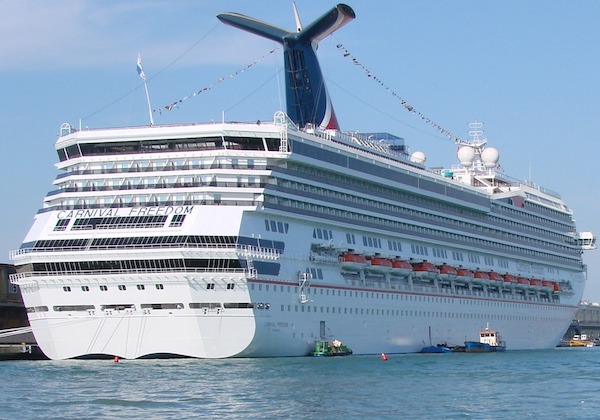 The most wild-eyed optimists could not have predicted the staggering cruise numbers in store for Galveston.

Just two decades ago, visionary Galveston leaders risked public monies, made promises they hoped they could keep, and readily shared their vision with cruise lines. They fully believed that cruising was ready to “take off.”

Galvestonians–proud of their historic island city–were “in” for the long haul, and Carnival officials wanted to be. They assigned a vessel to Galveston for one season.

Well, the vision morphed into reality, and the rest is history. Texas’ only cruise port has proved to be resoundingly successful. Carnival’s Dream, Freedom and Vista now are assigned there on a year-round basis. Royal Caribbean has two vessels, and Disney offers cruises seasonally. Cruising from Texas has taken off….

The most wild-eyed optimists–even those deemed incurable–could not have predicted the staggering cruise numbers in store for Galveston. The port reached a record $43.5 million in operating revenue last year, and a net operating income of $8 million, up from $4.5 million in 2017. Percentage increases from “year one” have occurred annually, often in double digits.

Since the initial cruise in September, 2000, more than 10 million guests have been served. Nearly two million folks boarded in 2018, and 2019 numbers are expected to reach new highs.

No wonder Galveston is now the nation’s fourth-busiest cruise port, with an additional terminal on the drawing boards….

My wife and I cruise at least annually, typically from Galveston. While we enjoy several Caribbean ports, for us, the “ship is the thing.”

And, the people we meet!

The caring staff–seemingly every single one of them–considers no request to be trivial. On a recent Carnival Freedom cruise, guests enjoyed not only the anticipated pampering, but also a charming cruise director from across the pond. Emma was breathlessly enthusiastic–even when not on stage. And she melted hearts by calling the lot of us “lovelies.”…

We enjoy “any time dining.” This assures our meeting new friends, many of whom “ooze” uniqueness.

On this cruise, we met a bi-vocational minister who is retired after an Air Force career, and a geologist with a compelling argument that our world running out of places to “store stuff.”

Specifically, he cited oil field “fracking.” The process extracts far more oil, but the process requires great quantities of water.  “Earthquakes occurring in formerly unlikely places seem to be tied to ‘fracking’ nearby,” he mused….

The parson–whose military career included the Viet Nam War years–performed all manner of dental procedures despite, uh, limited training in dentistry. He said there was a critical shortage of dentists, so he was requested to take a one-year “crash course.”

For several years, he filled teeth, pulled ‘em and did pretty much whatever else was required to alleviate dental problems of Air Force personnel.

Toward the end of his career, they gave him a certificate. It provided written assurance of his competence as, uh, a dental assistant….

There were conversations about Carnival’s commitment to participation in humanitarian projects.

Like restaurants known for “selling steaks for the sizzle” and hog farmers capitalizing on “everything but the squeal,” Carnival keeps coming up with ways to help with humanitarian causes, often through recycling.

Currently, the company is partnering with “Clean the World.” Carnival is expanding its existing recycling program to benefit folks in the Bahamas, Puerto Rico, Mexico, Central America and the Dominican Republic. Through recycling soap, basic hygienic services will be augmented…..

It is shocking to learn that two million children under age five die annually from hygiene-related diseases.

“Clean the World” has contributed to a 60% reduction in the death rate of children in some 127 countries worldwide.

Carnival’s recycling program will utilize nearly 40 tons of discarded soap left in staterooms of 26 vessels each year. It will yield 400,000 new, clean bars of soap for people in need. Carnival President Christine Duffy and her associates see the “big picture.”…