Mystery of the Mad Travelers

There can be little doubt then, that wanderlust, itchy foot, the traveling fugue, are very real pathological conditions.

in previous mysteries.  There are several of these types of conditions–some have broken out in regional epidemics.  For example, a refusal to leave one’s bed is known as clinomania.

A compulsion to see maps everywhere is known as cartacoethes.  Another condition that bears mentioning is Dromomania—pathological tourism.  I believe I actually know two or three people that may have been afflicted with this in modern times.   In fact, I think I was related to one of these people for a couple of years.

There have been many reported cases of Dromomania down through the ages—some well-documented, some by oral history.  The most notable outbreak of the uncontrollable urge to travel happened in France between 1886 and 1909.  It was recorded by the Medical Establishment of Europe and the poster boy for this affliction was Jean-Albert Dadas, a pipefitter from Bordeaux.

In 1886, an exhausted Dadas turned himself into a hospital there in Bordeaux.  He was so frazzled that he could not remember everything, but he had been on a wandering journey for years.  He was compelled to set out on foot, for distant places and then had not much memory of his travels.

Jean Dadas had left the army in 1881, in Mons.  His wanders took him to Prague, Berlin, Eastern Prussia, and Moscow.  After he was asked some unusual questions by several different citizens, he realized that he had an uncanny resemblance to an escaped murderer, so he fled to Turkey.

He was befriended by some kindly Frenchmen along the way who helped him back to France by way of Austria.  He decided to check in to the hospital after a spell of confusion.

When an attending physician documented his condition, he submitted his article to a medical journal with the title:  The Mad Travelers.  It was a name he would give to sufferers of this malady.

There can be little doubt then, that wanderlust, itchy foot, the traveling fugue, are very real pathological conditions.  In our own country, vagabonds, hobos, and those who rode the rails can definitely go into this category.  They are not satisfied to stay where they are.  They actually have anxiety if they are forced to stay in one spot for too long.

The late Ricky Nelson sang a good song about it:  Travelin’ Man.  Those who wish to change their itchy-foot syndrome can sometimes be treated effectively with modern medications.

Sara Marie Hogg is the author of Curious, Indeed. Please click HERE to find the book on Amazon. 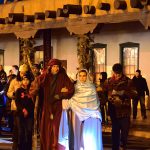 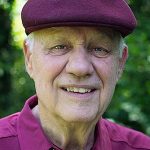