The laughing plague was no laughing matter 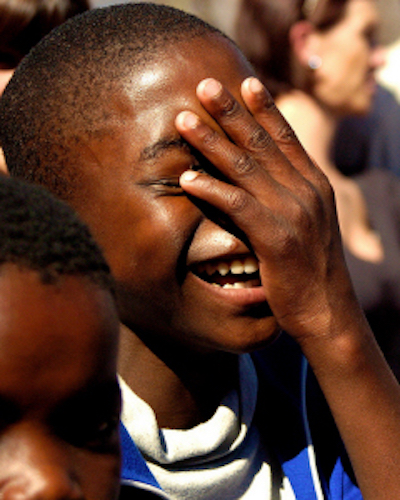 The strange and mysterious spells lasted from hours to sixteen days in length.

Curious, Indeed is my second collection of unexplained mysteries.  In this volume, you will find Dance Fever, a story about the very real dancing plague of the Middle Ages.  It started in France in1578—those afflicted could not restrain themselves from the urge to dance.  Dance they did.  They danced so hard it caused strokes and even death, at times.

There have been other mysterious collective manias and plagues throughout history.  One has escaped my attention—until now:  The Laughing Plague of Tanganyika of 1962.

It began on January 30, 1962, in a girls’ school, a mission.  The particulars were recorded in The Central African Medical Journal.  It started when three students went into fits of uncontrollable laughter.  The spasmodic laughing continued for a long while, then it turned to crying—for all three—then there was a spell of anxiety followed by a phobia of being chased.

Sometimes the girls became combative when trying to be restrained.  When their fits seemed to be coming to an end, finally, other cases started materializing, and it spread throughout the entire school.  The individual spells lasted from hours to sixteen days in length.

The laughing mania was so disruptive that they decided to shut the school down.  Over half the 159 students had contracted the condition.  During the ten days that the school was officially shut down, the mania cropped up in a different village.  It was decided that a spreader from the school had come into contact with someone from the village and had somehow infected that person in the second village.  In this village number two, 217 people were infected.

The Laughing Plague spread throughout the countryside, village to village, each time being started by one spreader from a previously infected village, a sort of Typhoid Mary.  The victims were tested medically.  Their blood work was normal—no abnormalities.  They didn’t have any fevers or bacteriological infections.  No contaminants were found in water, food, or air.

The Laughing Plague was a marauding psychogenic illness that occurred in the lands of the western edge of Lake Victoria, in Tanganyika—what is now Tanzania.

If it weren’t so far-fetched, I would have to conclude that my friend, Becky, and I contracted this strange condition on several separate occasions throughout elementary school.  It was uncontrollable and disruptive, appearing on a whim, baffling witnesses, but we enjoyed it—it seemed to give us new leases on our young lives.

Sara Marie Hogg is the author of Curious, Indeed. Please click HERE to find the book on Amazon.