The Bizarre Case of the Russian Siamese Twins

In order to prevent interference in their experiments doctors told the mother that the twins had died—not true!

We used to call them Siamese twins after Chang and Eng, the twins who led productive lives despite being permanently attached to each other in an awkward way.  Now we call them conjoined.  Those with this condition thrive in life, depending on how each twin can accept fate and adapt and coordinate with the other twin.

Years ago, separation was totally impossible, even for the mildest extremes of attachment.  Because of years of medical study it is now possible to surgically separate some of the twins whose shared equipment is not necessary for survival.

It would not be hard to just give up in a situation such as this.  Not only would your activities of daily living be a complicated obstacle course, your world would often be a medical center where you would be routinely poked, prodded, and examined in an effort to improve your situation—more to the point where you would be put under a microscope to advance the plight of all conjoined twins in existence.

This is what happened to Russian twins, Masha and Dasha in the 1950s.  The girls had the rare condition of being conjoined.  They were two separate people from the head to the waist, then, they tapered off to have only two legs shared between them.  They had two separate spines, spinal columns, but shared a pelvis and a set of legs.

They were born in Russia on January 3, 1950, at a time when Russia was trying to be number one in everything—Space travel, ESP, mind control—medical advancement was no different.  Russian scientists were racing to find as many new discoveries as they could.

A well-known and ambitious scientist heard on the scientific grapevine that a woman was most probably about to give birth to conjoined twins.  The groundwork was put into place.  When the days of the birth drew nigh, the mother was told that the baby was going to be a mutant, that she was better off not even seeing the result, and getting attached.  It would be too shocking to deal with.

She could not help herself and finally met and held her twin girls.  After much gut-wrenching soul searching, she gave up guardianship of her twins because she was not confident in her ability to meet the challenge of raising them.

The delighted scientists whisked the twins off to a facility for intense study.  In order to prevent interference in their plans, they told the mother that the twins had died—not true!

The true story of Masha and Dasha is so eerie that we cannot fathom it:  born with severe challenges, removed from mother, pronounced dead, but living, shuttled off to a lab to be examined 24/7.  That is what happened to them all right.  They were tested with heat, cold, pin pricks, and all kind of stimuli to see if one twin experienced what was happening to the other.  Each test was documented and there are still films of some of the experiments on these remarkable twins.

Now if you think this is awful—it is—here comes the really bizarre part.  The twins were extremely different, from birth.  The experiments would surely warp anyone, but the twins were different inherently.  The experiments did not cause the differences, although they may have aggravated the conditions.  Masha and Dasha had personalities that were direct opposites.  One was docile, one was aggressive.  One was kind, one was cruel—often sadistic.

After many years the twins were able to live a more independent lifestyle.  They could walk—not for great distances—with walking aids, and they moved into an apartment.  Because of their new-found independence, they became alcoholics.   Masha, could not tolerate alcohol and would immediately expel it, but Dasha would drink enough for both of them, and because they shared circulatory systems, they would both become drunk!

The scientist that started studies of the girls was a physiologist named Pyotr Anokhin.  Through the years of study, it was determined that Dasha was an empath and Masha was a psychopath.  Throughout their lives, Masha abused Dasha, physically and emotionally.  After studying them for two years, Anokhin was exiled by the government—in his absence, his assistants carried on the awful experiments with ice, heat, needles, chemicals and electric shocks.

Their mother learned that they were still alive one day, and the twins started up a shaky relationship with her.  After a few years the relationship disintegrated.  The twins died in 2003.  Masha died after complaining of back pain for a day.  It is always a bizarre tragedy, when one conjoined twin dies and the other is alive and alert and knows the end is also near for them—that death is hovering to carry them away.  This is what happened to Dasha.  Seventeen hours after her twin died, she died of blood poisoning caused by the death process of the other one.

Masha and Dasha Krivoshlyapova were Jekyll and Hyde in the same skin. 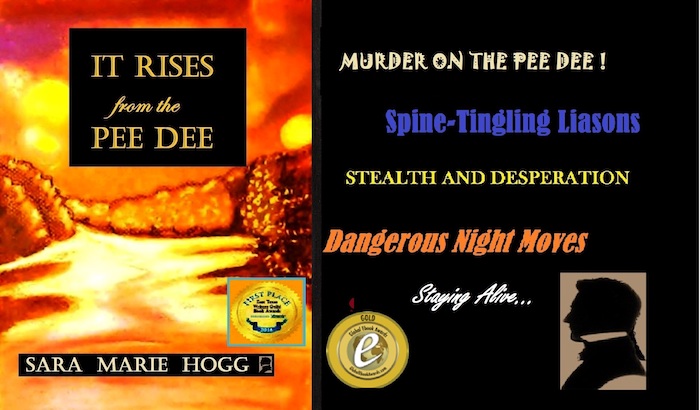