Each story is a gem 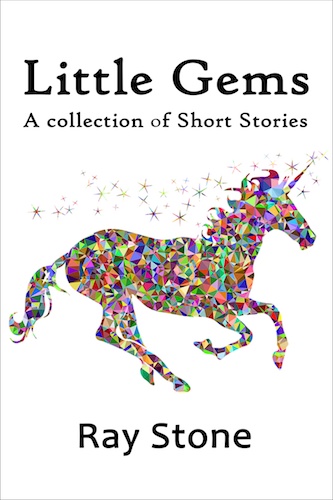 Ray has acquired a unique insight into the lives of both criminal and upper classes that give his works a believable realism.

Little Gems showcases Ray Stone’s ability to work in many genres from modern to historical with tales of sadness, humor, crime, science fiction, and mystery.

The book is a collection of short stories that have been inspired by Ray’s involvement with a New Zealand writing organization for aspiring writers – The Story Mint. Ray was Instrumental in helping to start a unique serial writing project in which these serials help new and experienced writers to showcase their work.

In this book are several “Author Only” serials written solely by Ray, plus other works from his personal repertoire. The last story, a tribute to his late wife, Mrellan A. Harahan, is an unedited Irish Fairy Story titled The Banshee and the Raven.

Ray is currently writing his next novel, a political thriller, The Bilderberg Diary, and after that, he is planning a story set in and around the Victorian Industrial Revolution.

His published works include The Trojan Towers, Isia’s Secret, Twisted Wire, and Crate of Lies.

Ray has lived in and around London’s colorfulEast End and the café sets of Westminster and Kensington. Rubbing shoulders with the rich and famous and infamous, he has acquired a unique insight into the lives of both criminal and upper classes that give his works a believable realism.

He now lives in Cyprus and continues to write daily. He loves his readers to write a review. LITTLE GEMS is available in Kindle and print on Amazon. Pre-order is open until the end of April at 99c. 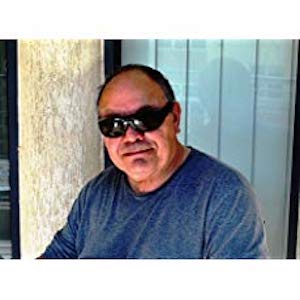 Ray Stone is an accomplished author with a variety of published works to his name. Born just outside London in 1946, he grew up in post-war Britain during a period of depression and ration books, bombed out housing and BBC radio. At school, he won a writing competition at the age of eleven and later in his teens went on to widen his interest in the arts.

At the age of eighteen, he began writing poetry and lyrics whilst studying at college. Two years later Ray worked in theatre as a technician with many orchestras’ and artists including the London Philharmonic, London Symphony, Mantovani, The original Doyle Carte Opera Company, Harlequin Ballet, Joan Baez, Jimmy Hendrix, Oscar Peterson and worked on local shows such as My Fair Lady, Camelot and West Side Story.

His poetry won him first place in 1998 in an international internet poetry competition with ‘Angry Silence.’ Moving to Colchester in the same year he wrote a full page article about the historical significance of the locale and was published with a by-line in the local press. Whilst writing his first novel Ray returned to writing lyrics and teamed up with a local composer. Together they produced and recorded five blues numbers.

Ray is also a professional photographer.